Last week, I made my first loaf of high-altitude bread! And it was edible! In case you, like me two weeks ago, have no idea what's going on with the high-altitude baking thing, apparently, there's less air pressure at higher altitudes, which means things rise too fast without sufficient (molecular?) structure to support the height, so then they fall. So you have to put more flour (more structure) and less sugar (so the leavening agent doesn't react as fast) and stuff like that. Also the liquid absorbs faster because of faster evaporation up here, so you have to increase that too. 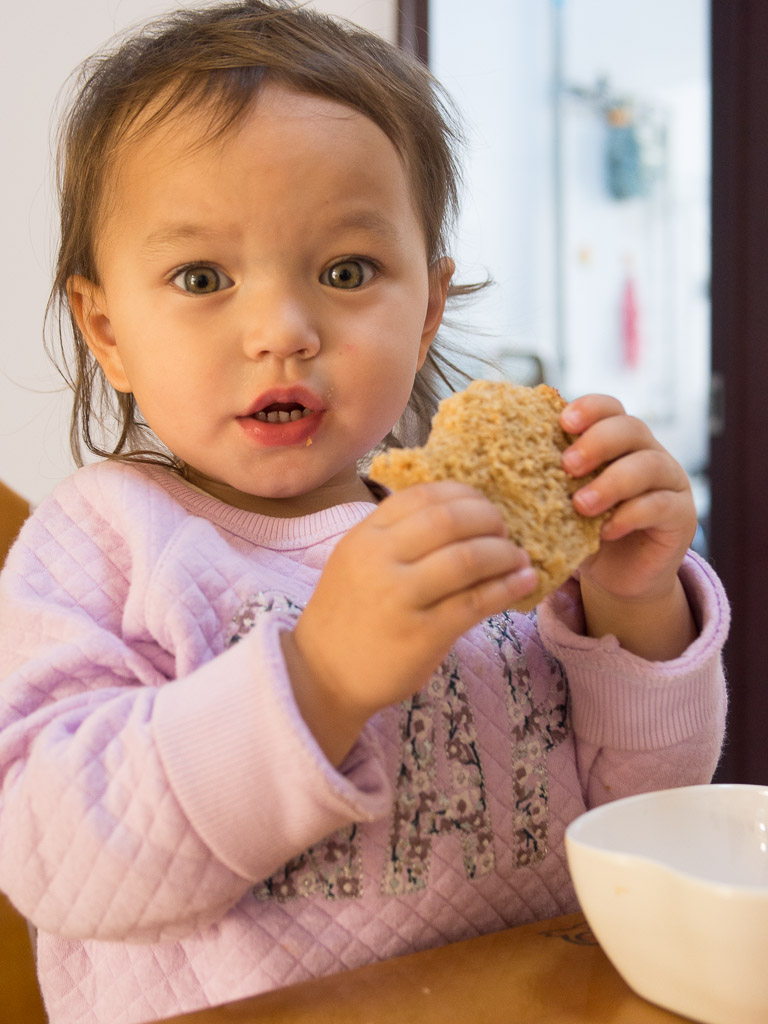 Are you taking a picture of me eating bread?

At any rate, I adjusted my recipe and the bread turned out fine! Although it was in a bread machine, before you get too impressed with the idea of me kneading out bread by hand for hours HA. And I also punched down the dough two extra times right before it was about to bake, because it indeed was rising too high. And it had kind of a funny flavor because I used cooking oil made from a local vegetable. But hey! Edible! 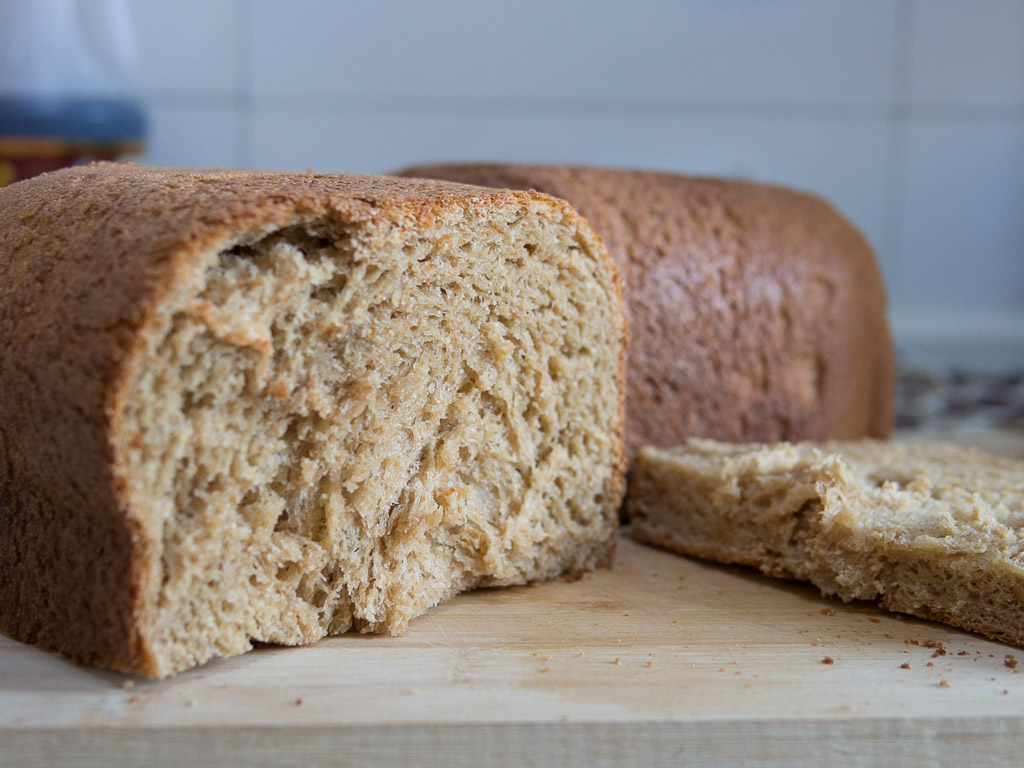 Does taking a picture of something I cooked make me a real blogger?

We also finally bought an oven, so I inaugurated it this afternoon with some cookies. Although I'm supposed to increase the liquid, I accidentally used only half the butter I was supposed to use. Oops. But, also edible!! And turns out, the quality of butter available here is extremely high (I guess there's no point in importing the cheap stuff) and the brown sugar I used was super dark since people are into that here. And I think those two things made the cookies awesome! Although they're a bit bready. But I think H appreciates the low-butter, low-sugar "healthy" cookie lol. Next time I'll increase the butter, but the cookies are so good, I don't think I'll increase it all the way to the full amount. Yay baking! 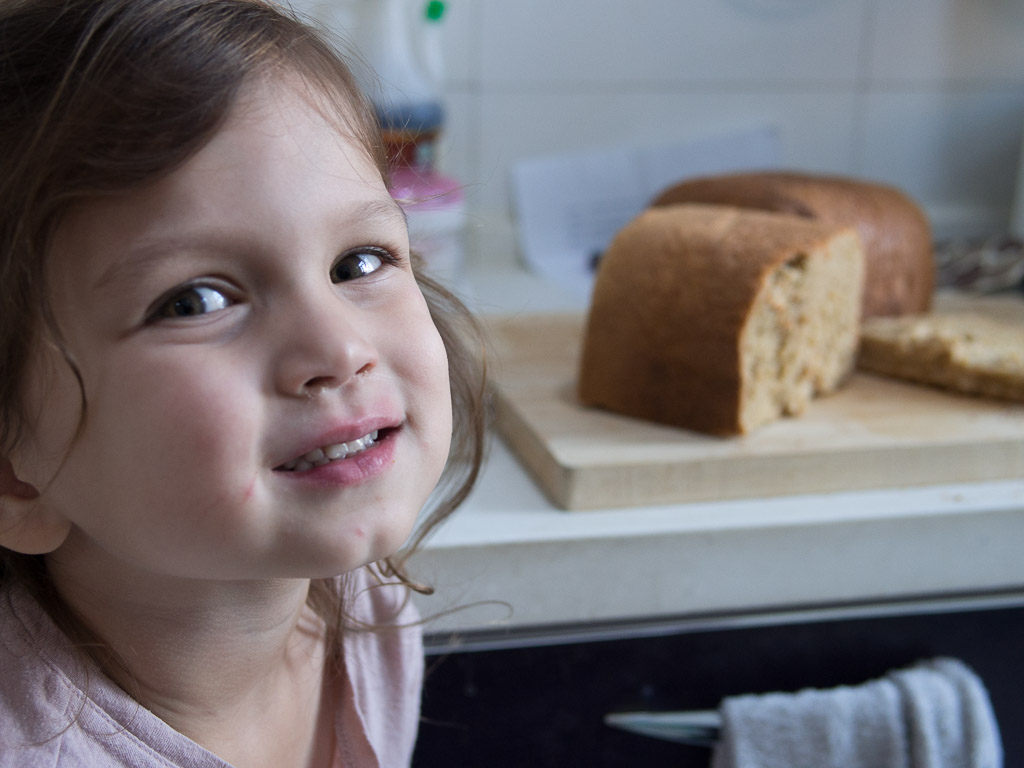 Hey Mama! I want to be in the bread picture!