Well, after a week off exploring the city and climbing mountains, a week spent back in school and in our normal routine was VERY not glamorous. It was a struggle to get up almost every morning and it's a serious challenge to not spend my whole day complaining to H about how tired or stressed I am.

So, since I don't have anything exciting to tell you about other than that we survived the week, I figured I'd tell you about what local food here is like instead! (I'm not totally being fair, I had more conversations with locals just this past week than I've had in the whole three months we've been here combined, and those growing relationships are very life-giving for me.) 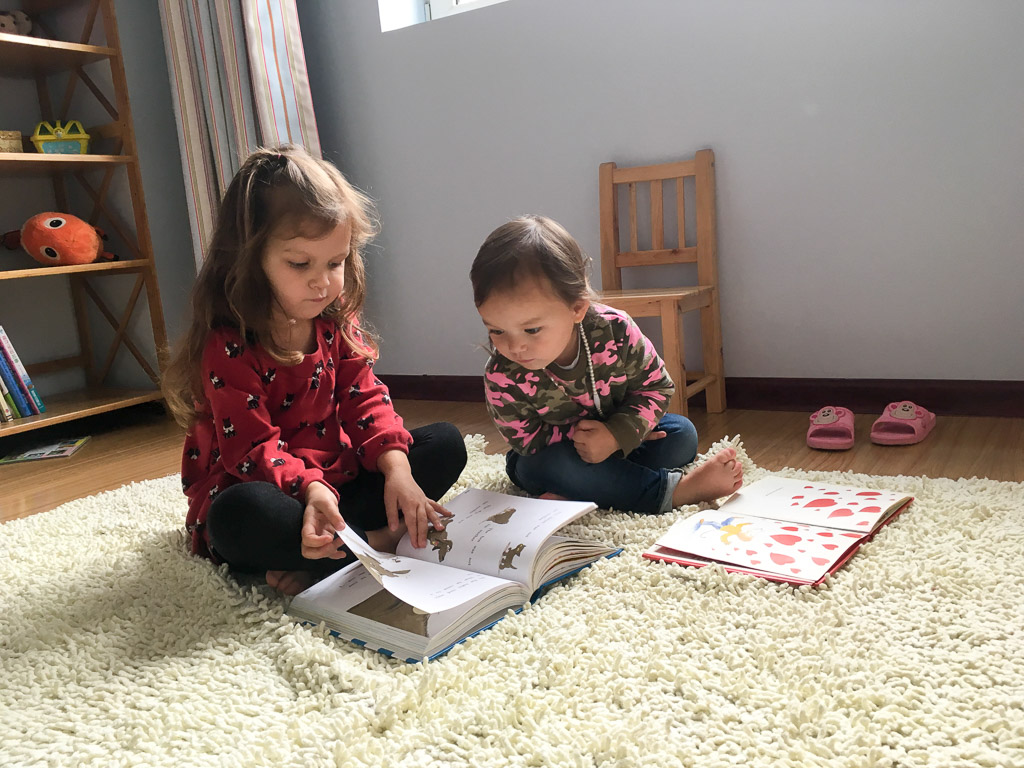 What are you reading, Sis?

Local food. It can be summed up in just a few words. Noodles. Lamb. Cumin. Those are basically the distinctives, although of course there's much more than that. So I'll tell you a little about each one of those. 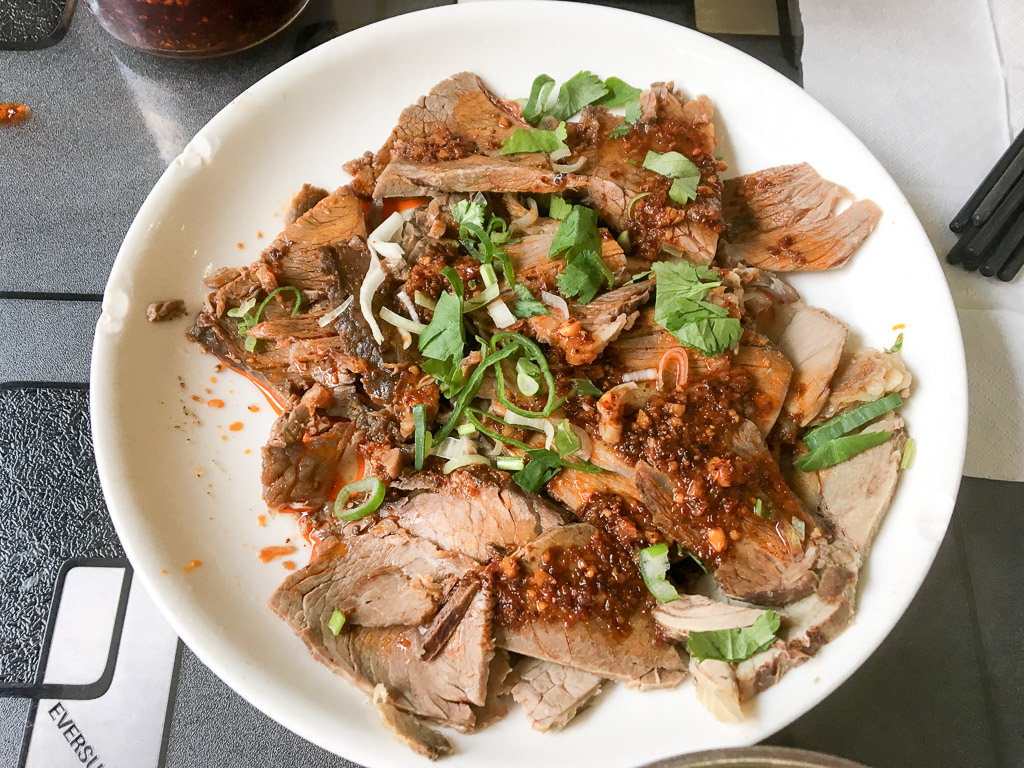 A local dish I'm not going to tell you about but that I will definitely buy for you if you visit! Cold, spicy beef.

First in importance is noodles. (Almost) all noodles here are hand-made, and you're definitely not going to get served dried noodles in a restaurant. What a change from the States! So, every noodle shop has a guy in the kitchen stretching out dough about the length of his "wingspan" and using his fingers to separate it into the final width of the noodles. This is seriously impressive to watch, and hopefully one day in the next few years, I'm going to learn how to do it myself. I'll also try to get a picture of it soon and post it, but I don't have one now.

I can even buy this kind of fresh noodles at the fruit stand downstairs, so I haven't cooked dried noodles even once since we've been here even though we eat noodles almost every day. These fresh noodles only need to be boiled for a few minutes to be fully cooked and they taste way better when eaten immediately rather than kept as leftovers. 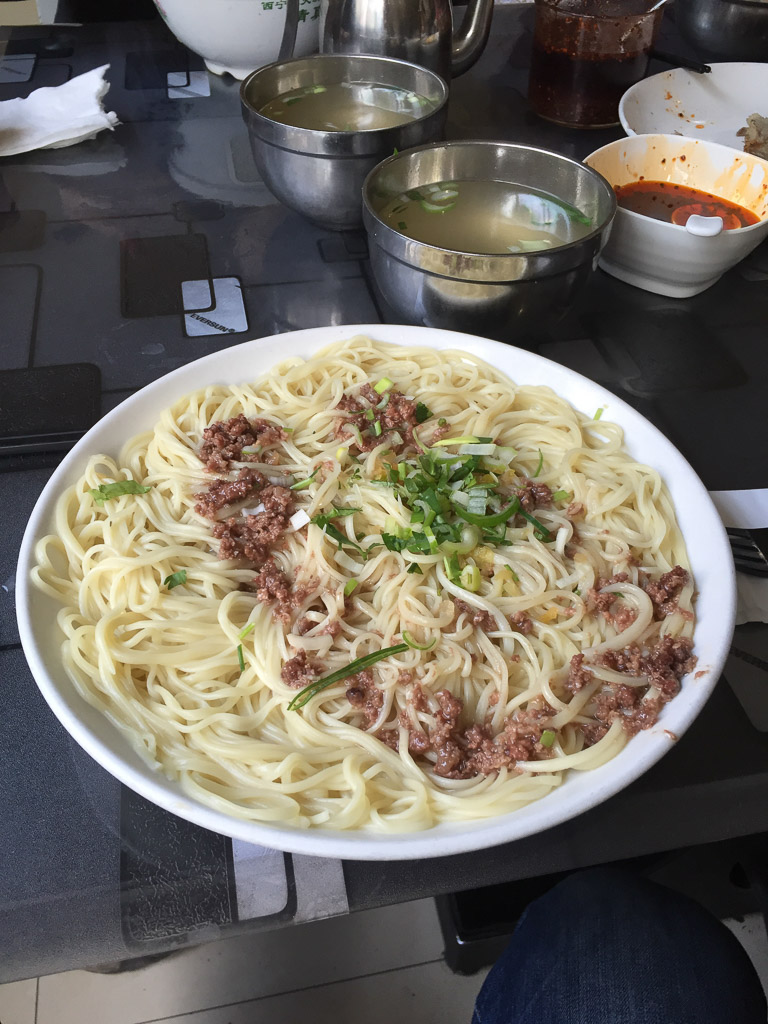 My favorite noodles! Spicy sauce in the background is self-added and DELICIOUS.

As I referred to in the paragraph above, we eat noodles almost every day. If we're going out, the cheapest option is noodle shops, where noodles in clear, white-pepper soups and noodles in all kinds of spicy sauces sell for only about $2 (USD) per bowl. It's delicious! Although it's that price because the bowl doesn't contain a lot of meat or veggies. So, pros and cons. 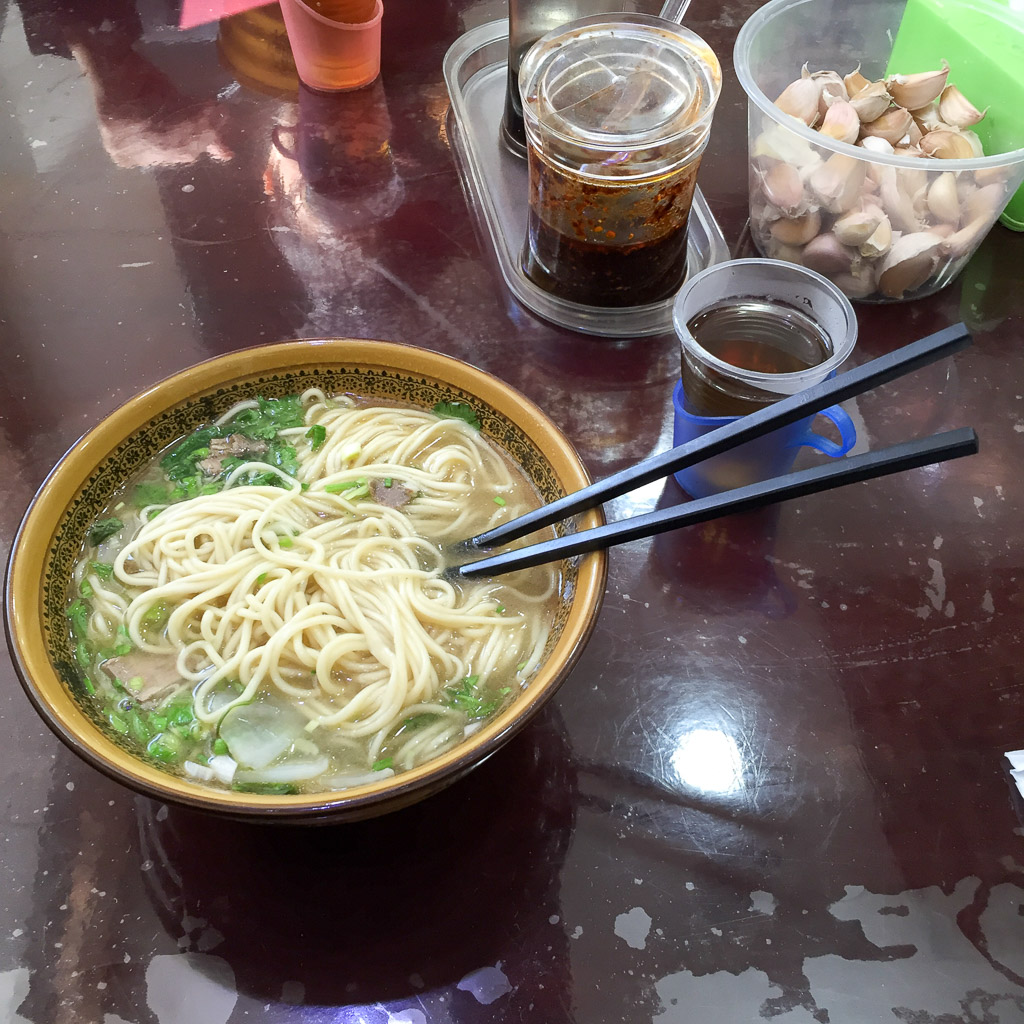 At home, when we we eat leftovers for lunch, I run down to the fruit stand and buy some of their fresh noodles that they get delivered every morning or so and then we eat our leftovers with a spicy sauce (a little similar to Lao Gan Ma that you can get in the States) on top of the noodles. Also delicious! And it makes me feel like it's a whole different meal than it was the night before served with rice haha.

So those are noodles! Now that I wrote so much about that, I think I'll have to save lamb and cumin for another post. In the meantime, I'll get some water boiling for lunch... 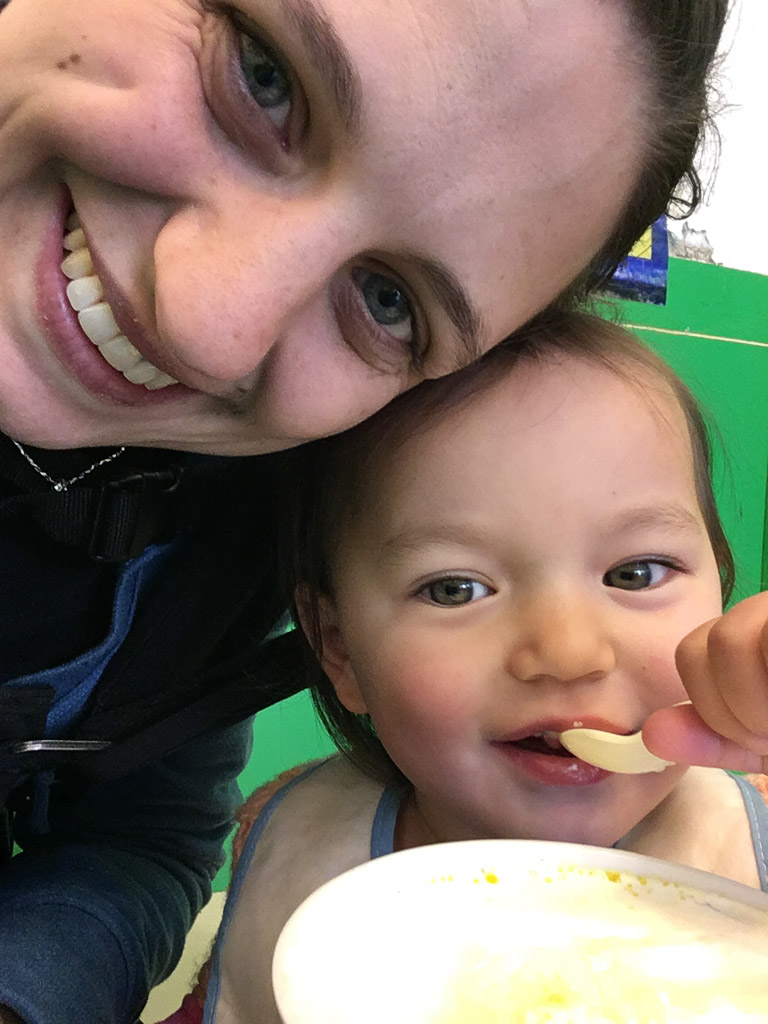 Bonus picture of me and E! Yogurt is a big thing here too, which is often served in rice bowls (as here) and has a crispy layer on top. It's thick like custard.