Whoa buddy! Did we have an experience this morning!

So, M's teacher asked all the parents on our group text about a week ago if anyone wanted to participate in a "enter the classroom to understand the teacher's perspective" activity. Who knew what that meant? But at any rate, my philosophy is to get in there as much as possible, so I said I wanted to sign up. I guess I should've realized that there was a reason no one else was replying....

At any rate, the activity was to TEACH A HALF HOUR LESSON TO THE CLASS. Well, that was a little shocking. But hey, let's go with it. Get in the classroom as much as possible, right? 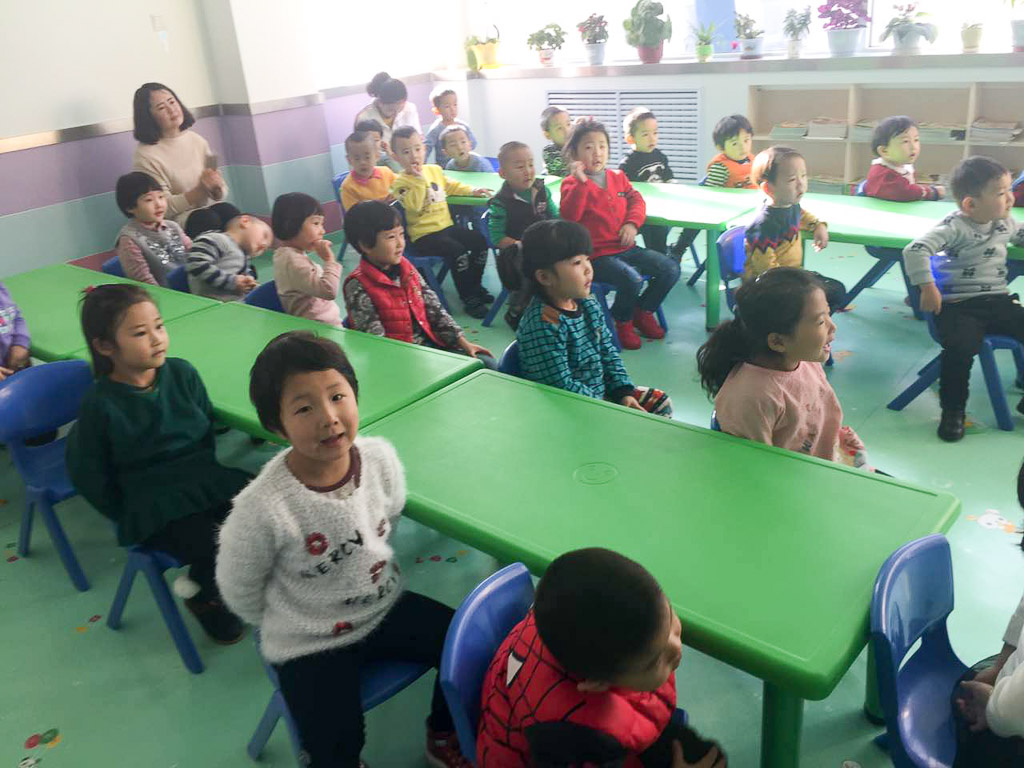 Look at those cute faces!

So we all went to school together and E was so excited to finally get to attend that she didn't even sit by M, but grabbed her own chair and sat by some kid she didn't even know. Then they brought out breakfast and E was just in heaven. They let her eat too and she stuffed her face, eating more than all the other kids at her table besides M (who she had moved to sit by). 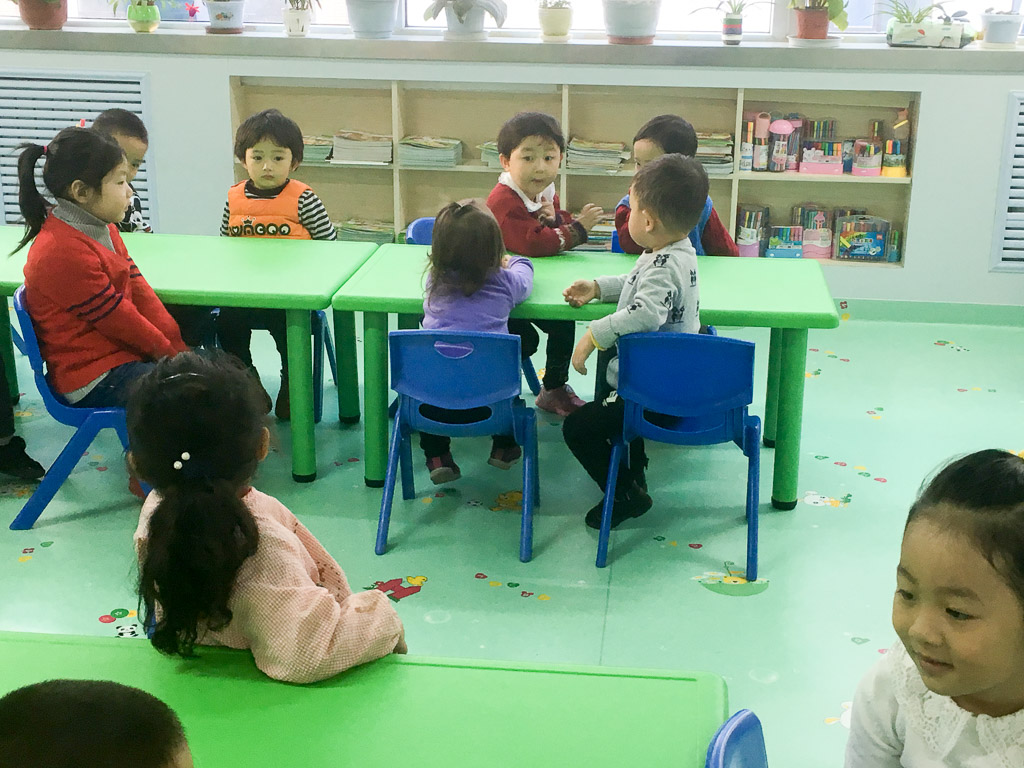 E sitting by a random kid.

Two other moms had also signed up to participate, and they taught their lessons first, one on fruit and one on how tadpoles grow into frogs. My favorite part of the frog lesson was when she told all the kids that frogs need to be protected and we shouldn't catch them and that we definitely shouldn't eat them.

In between all those transitions, of course, were potty breaks and water breaks and dancing breaks (M's favorite part of school other than the meals). I would definitely say two of my take-home points were that classroom management here is on a whole other level and that the kids do a lot of sitting. Not to say that they're always sitting perfectly silent in their chairs, they're still all 4. But for two teachers and 30 kids, it was amazing how calm they could be.

Except for E. She's DEFINITELY not ready for school. Although to be fair, she's not even the right age until 10 months from now, which is basically half her life again. 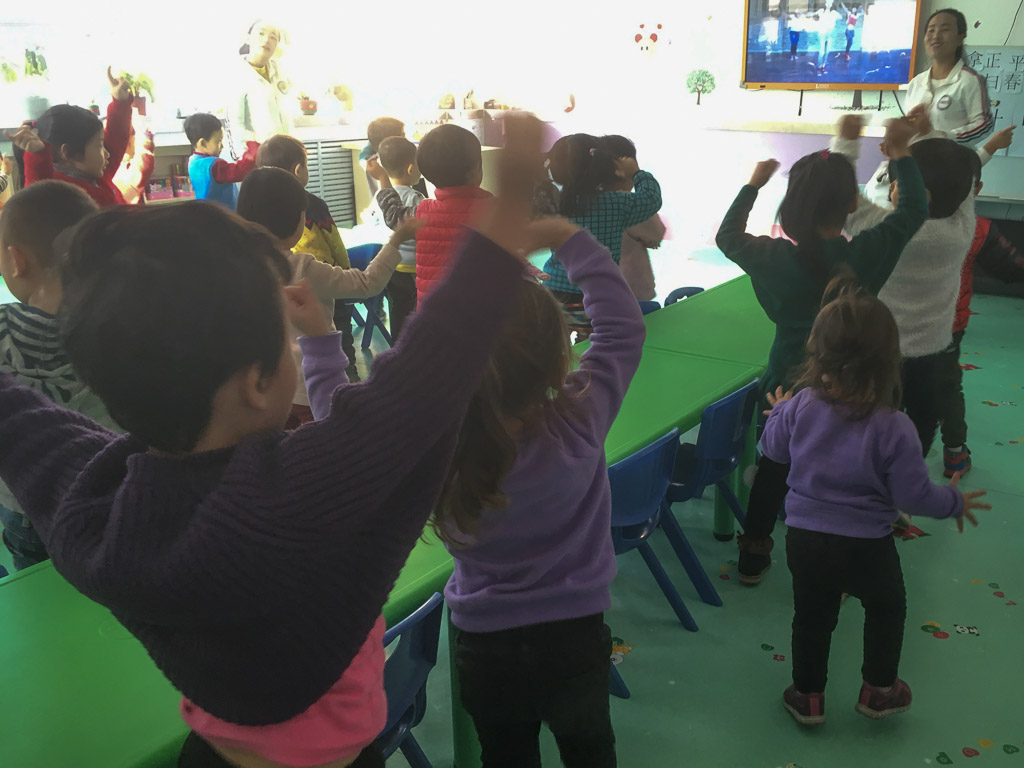 Anyway, when it came to my turn, I was so nervous! But I got up there and nothing major went wrong. I still can't quite get over the fact that there I was, in the middle of pretty much nowhere Asia, teaching these kids about turkeys and Native Americans. Weird. But they liked it! Especially the part about turkeys saying, "Gobble, gobble, gobble!" 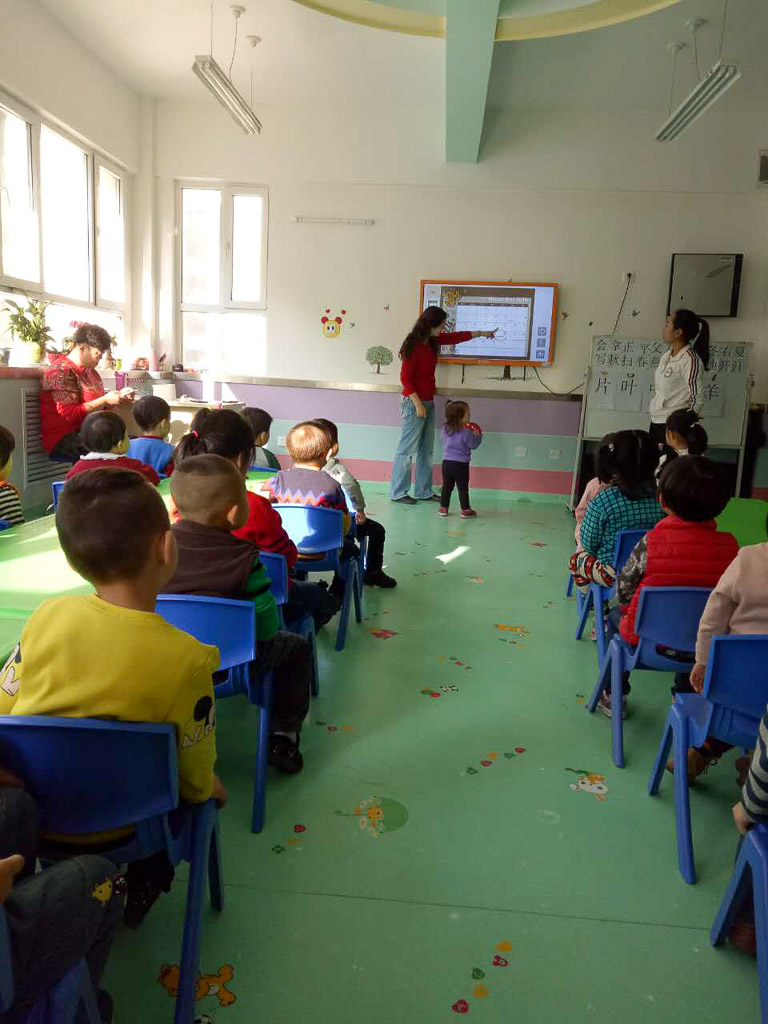 Yep, there's me teaching them about Thanksgiving being on the 4th Thursday of November.

We'll see if they ever ask me back again...