So, I realized I didn't post enough pictures of the colorful mountains. They were so beautiful! After we saw a few extremely edited pictures online, I was pretty skeptical that it actually existed.

But turns out that it did! It obviously didn't look like the online pictures, but the one below is mine. 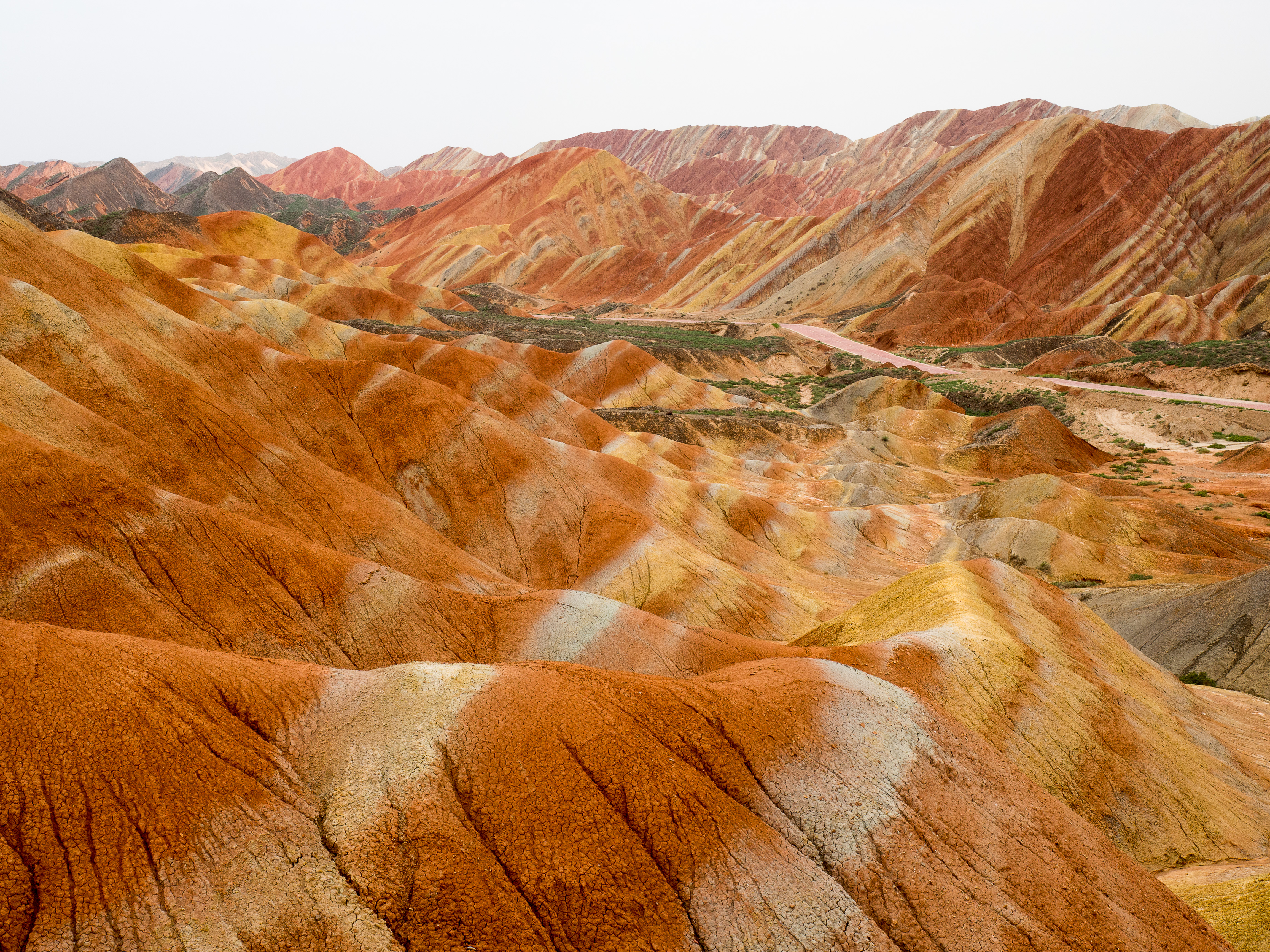 Pretty awesome, right? In fact, it was so stripey that I found myself wondering whether there was some elaborate conspiracy to pay farmers to pour colored powder across the mountains in stripes haha. But don't worry, it rained while we were there and there was no color bleeding. 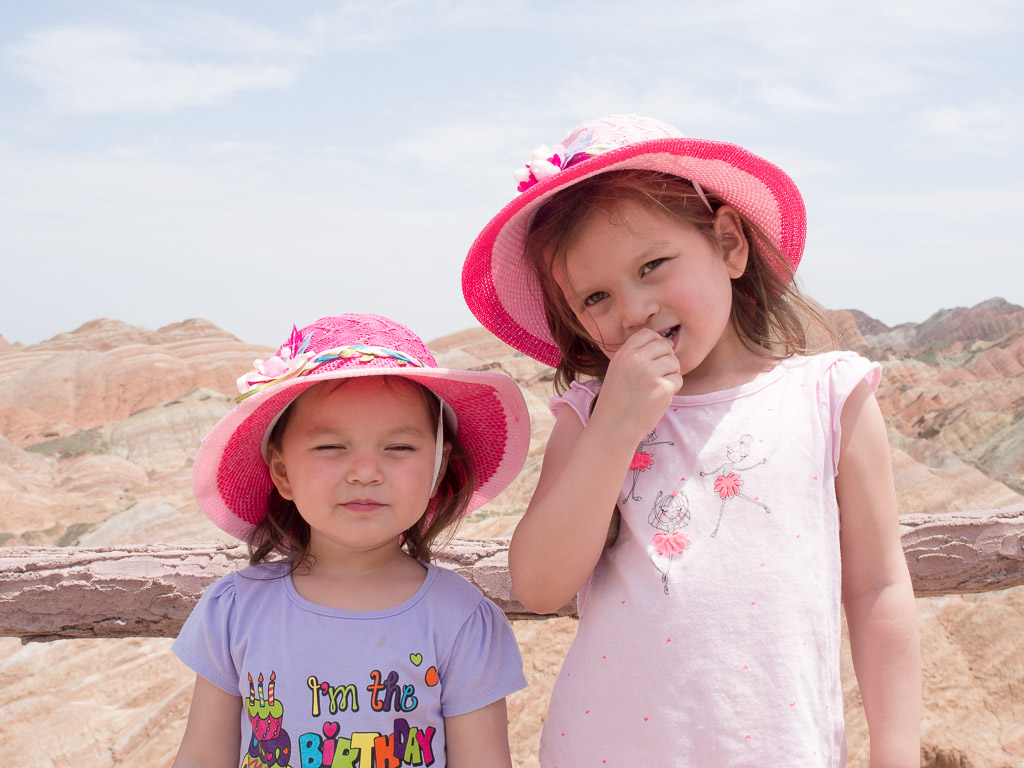 E convinced her grandma that it was a good day for the birthday shirt.

I was also pretty skeptical of the typical tour-bus-between-viewing-platforms approach, but it turned out that each viewing platform was so huge that we could do quite a bit of exploring at each bus stop. And although it was actually an elevation loss to go from where we live to these mountains, we were still pretty tired at the end. 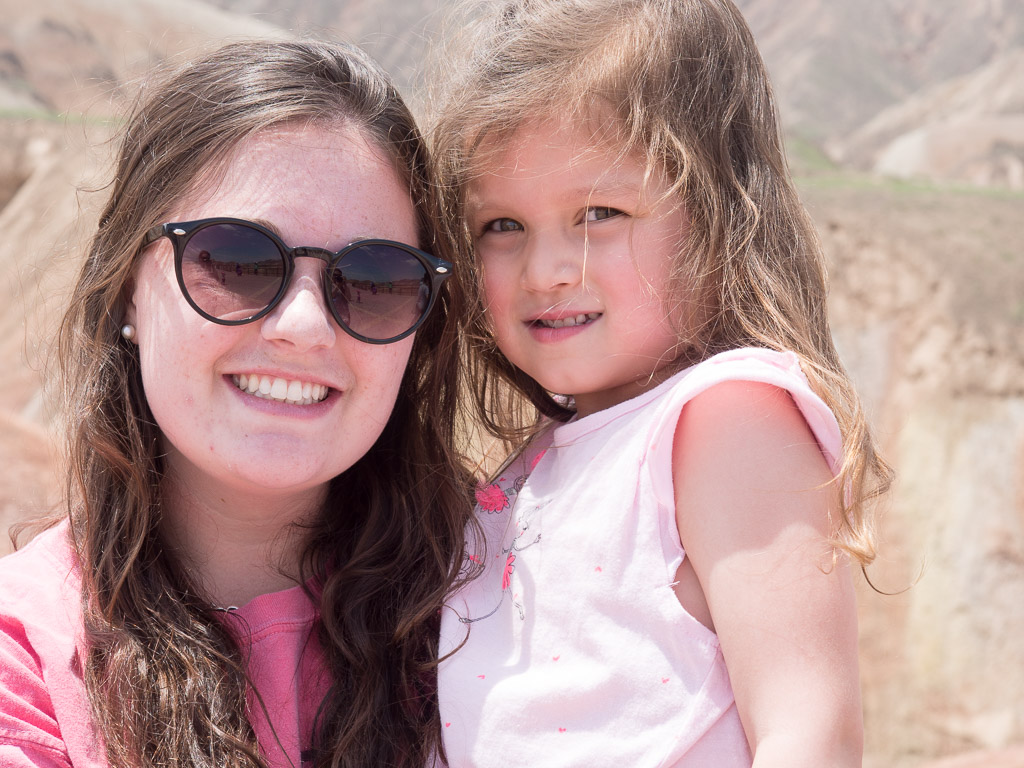 So if you're interested when you visit us (hint, hint) we'll definitely take you over there! Since it was lower, it was a good alternative to the mountains near us for the people that were struggling with altitude. 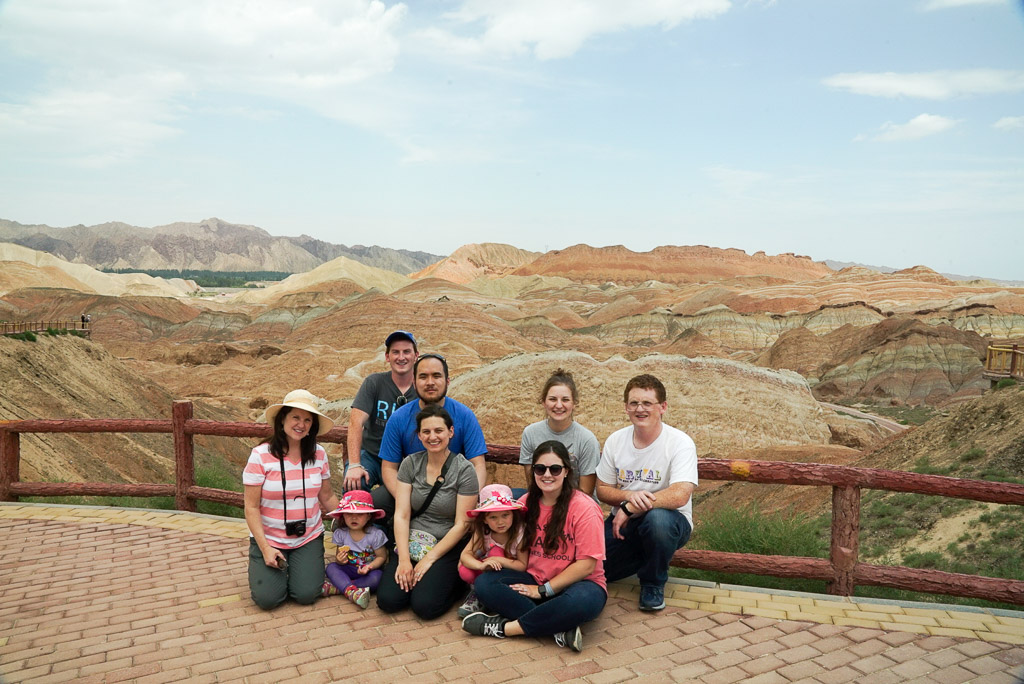 Our whole group, except my Dad who got convinced to take the picture.

Apparently there are other types of coast. I mean I knew that. But I never really thought about it until we lived here in this place with SO MUCH coast. Those rocks were really cool. FULL of little sea creature fossils.After spending one day scorching ourselves at the beach,

While our friends were here, we went all together down south to enjoy the beaches on that side! Such clear water!Okay, all I have to say is WOW! I'm pretty sure I've been on tropical beaches before. I spent a summer in Costa Rica when I was in college.

Now that COVID restrictions in Asia are getting much more lax, we're getting visitors! First order of business: read to the guests.We were really excited to get our first friend visitors about halfway through the kids' summer break. They still had to do a modified quarantine in a hotel,