Time for our second installment of stories and pictures from our Europe trip! 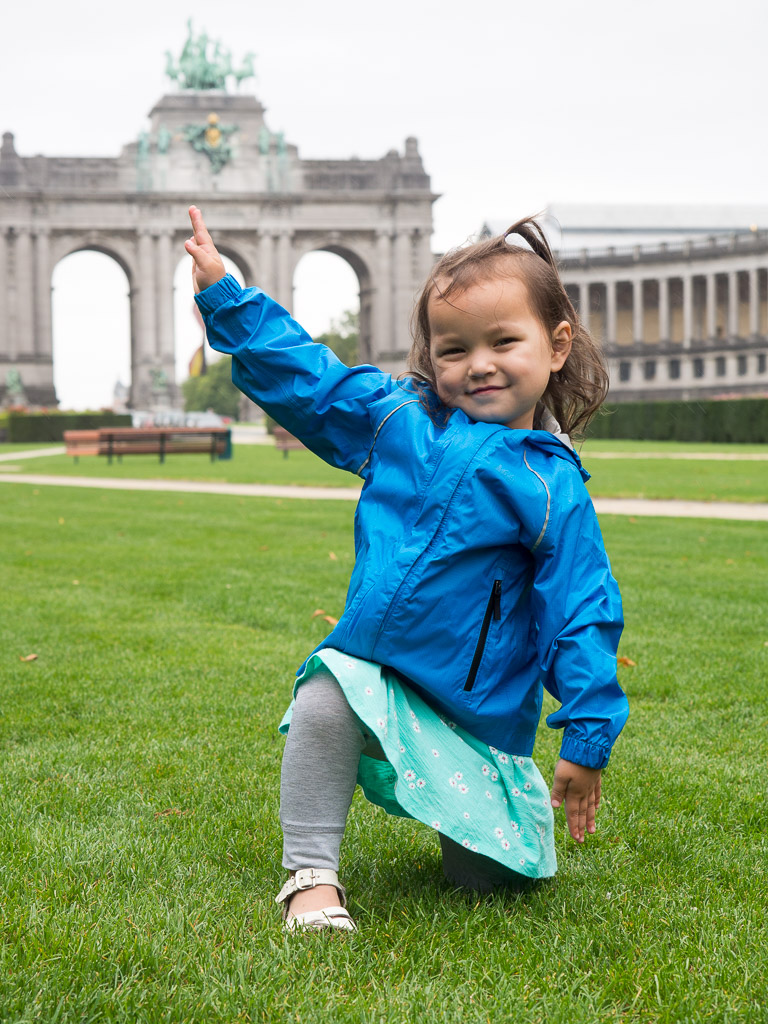 The Cinquantenaire park in Brussels

After Germany, our second stop was Brussels, Belgium. I actually lived in Brussels for a few years when I was M's age, but I hadn't been back since 2006 (the same trip when I went to Cologne last time). So, I couldn't resist being so close and not going back! We had dinner with a few of my parents' old friends, which was really awesome. And also very surreal, since M is now just about the age I was when we moved back to the States. They just kept looking back and forth at M and me in disbelief. 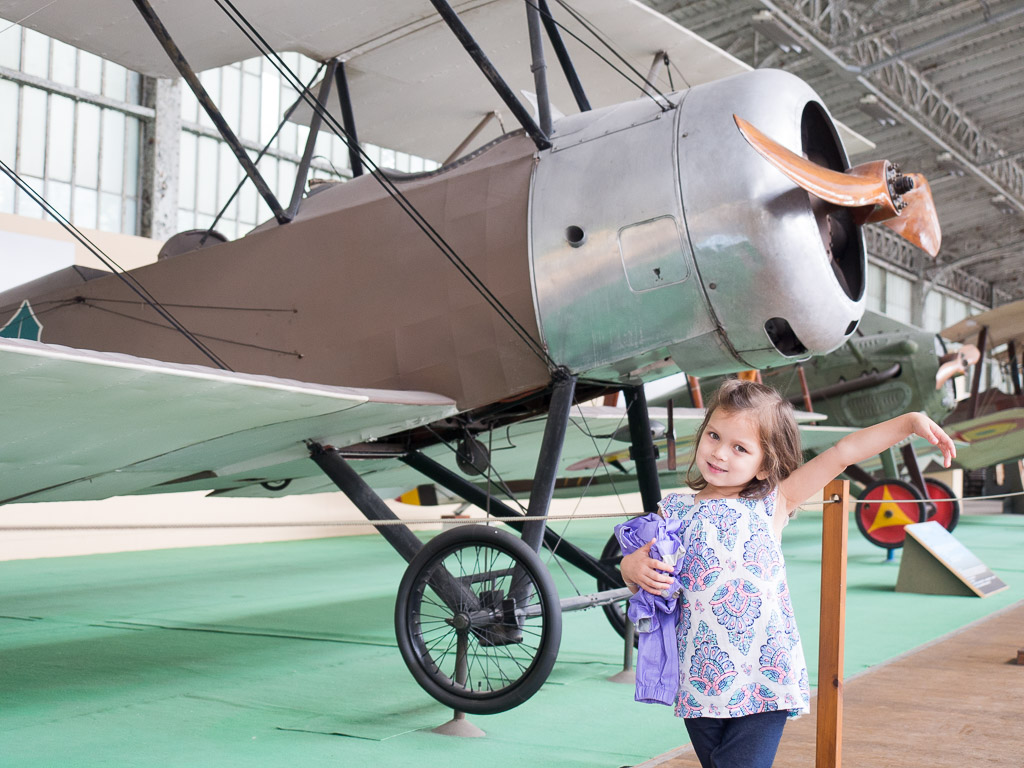 M's favorite plane at the museum of aviation history

We walked around the city, saw a few of the centrally located famous spots and ate some of the things I remember loving as a kid. Believe it or not, I remember quite a lot considering how young I was when we moved away. My clearest memory is the way the Metro smells! I don't know why, but as soon as we walked down there this time, it was like I was suddenly transported back to 1990! M especially loved getting to see where I used to live. Although, of course, we couldn't go in since other people live there now. 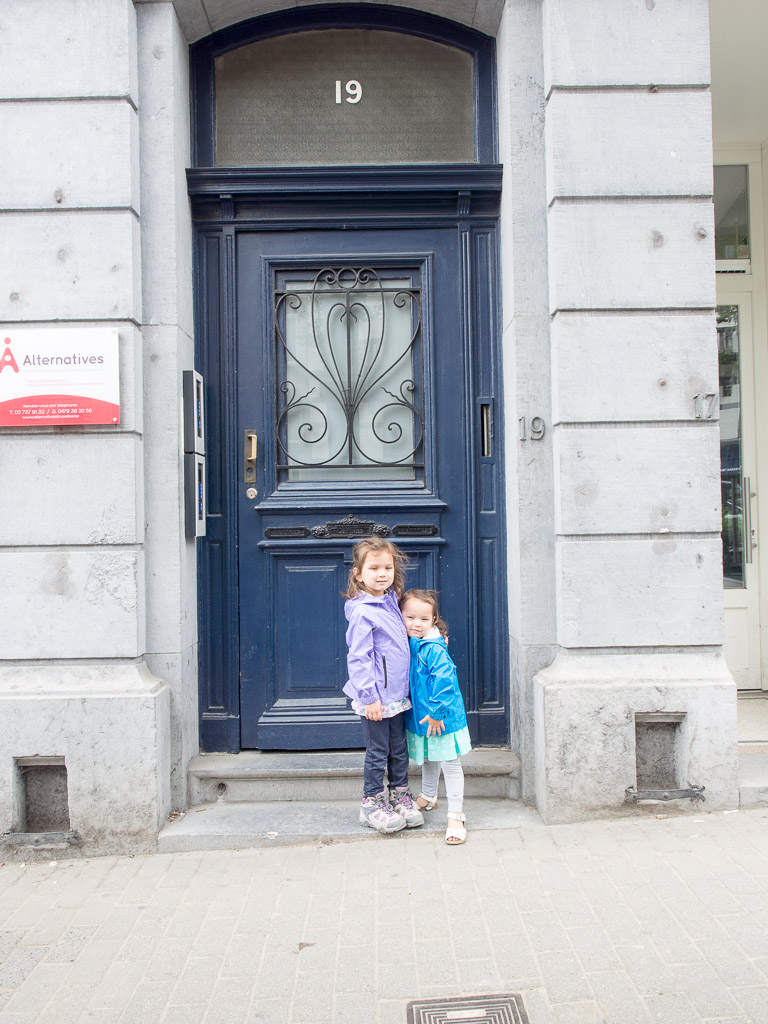 This is the door to my old apartment 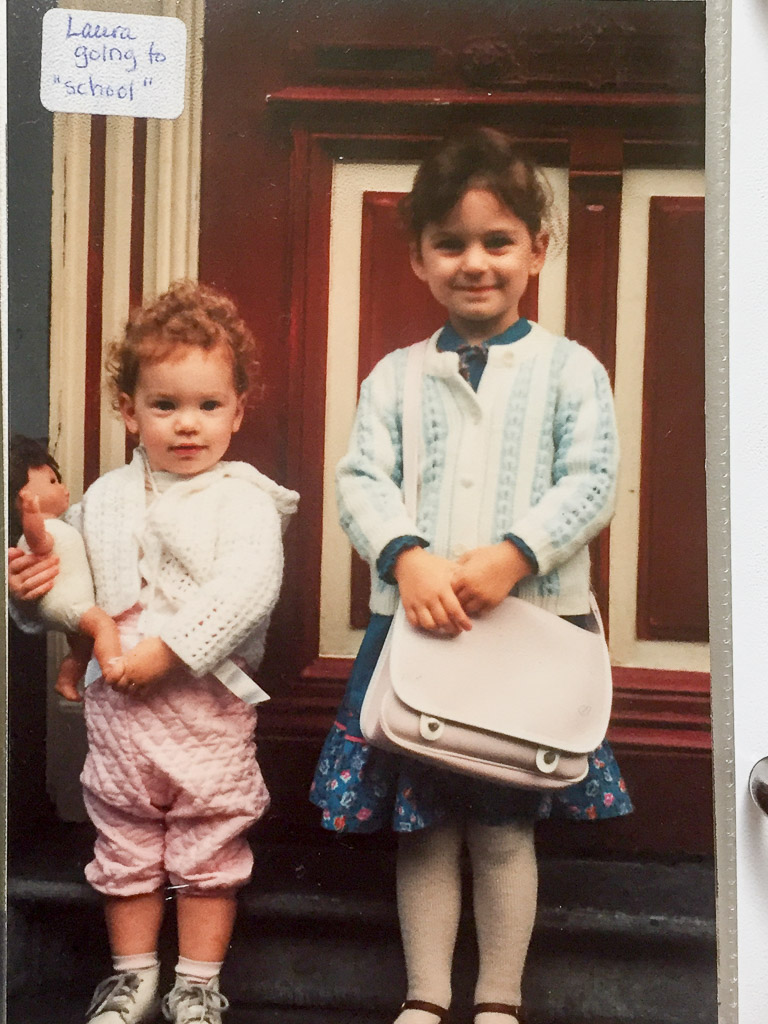 Believe it or not, this is me and my sister standing at the same door.

The most famous site (and easiest to get to) is the old city center, built around 1700. The buildings are beautiful, and many of them have gold decorations on them. I'm kind of a building nerd, so I love this place. M and E were not so impressed, but instead were anxious to get to the next site.... 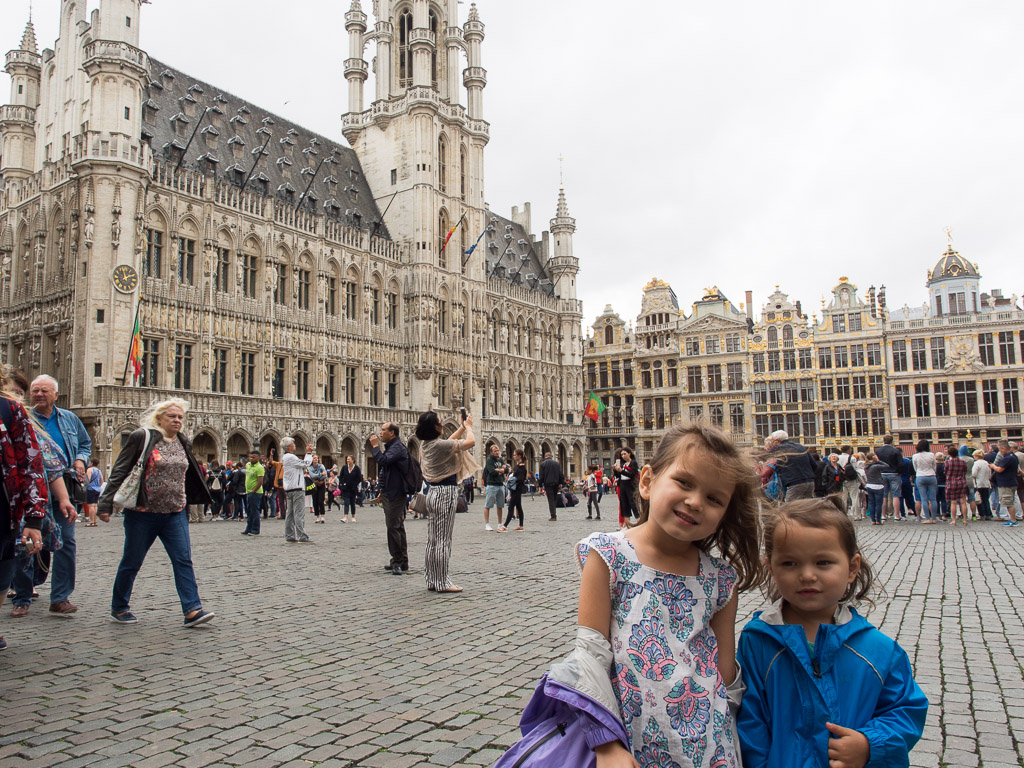 As you can see, it's a pretty touristy spot. Also note the gold trim on the buildings above the girls' heads.

...the Manneken Pis! They thought this was HYSTERICAL. We had told them about it before we went and it was the thing they most looked forward to out of the whole trip. For an adult, it's pretty small considering its reputation, but for preschoolers, it was exactly what they imagined. A boy. Peeing. Actually, I heard several preschoolers around us in several different languages expressing their amusement at the statue. I guess it's universal! 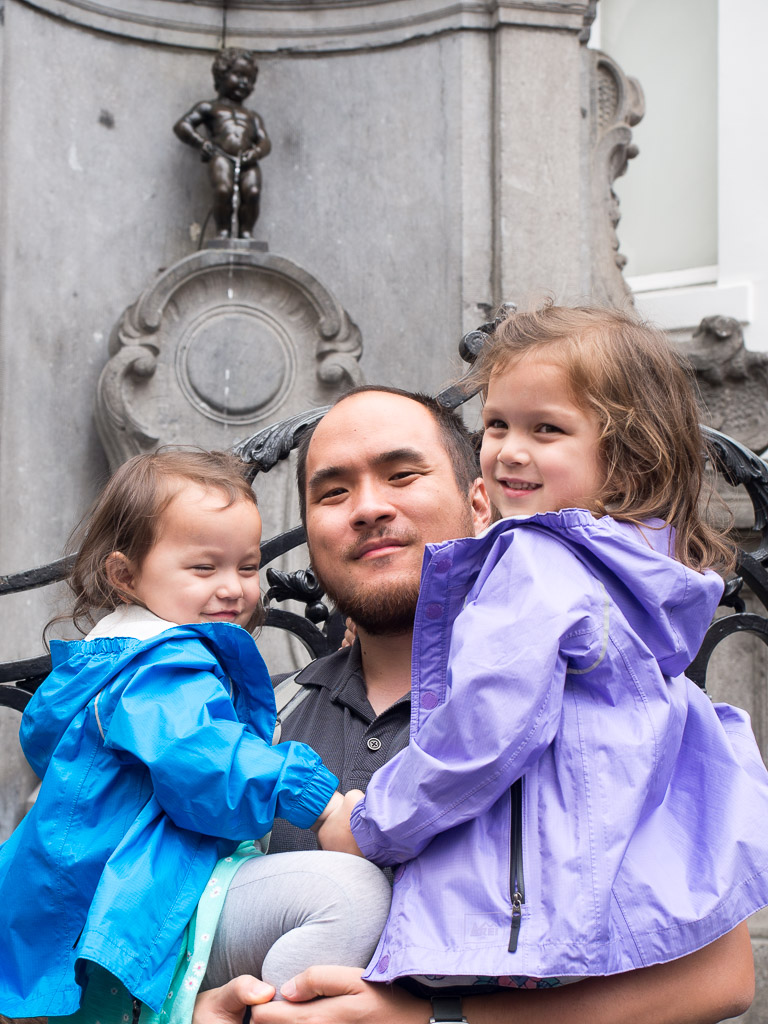 And last but not least, we had some fries! I have a feeling that fries might have been invented in Belgium, but at any rate, they're very famous there. And they were delicious! We also got to eat them with my favorite sauce, andalouse. Mmmmm... every time I look at this picture, I just want to go back. 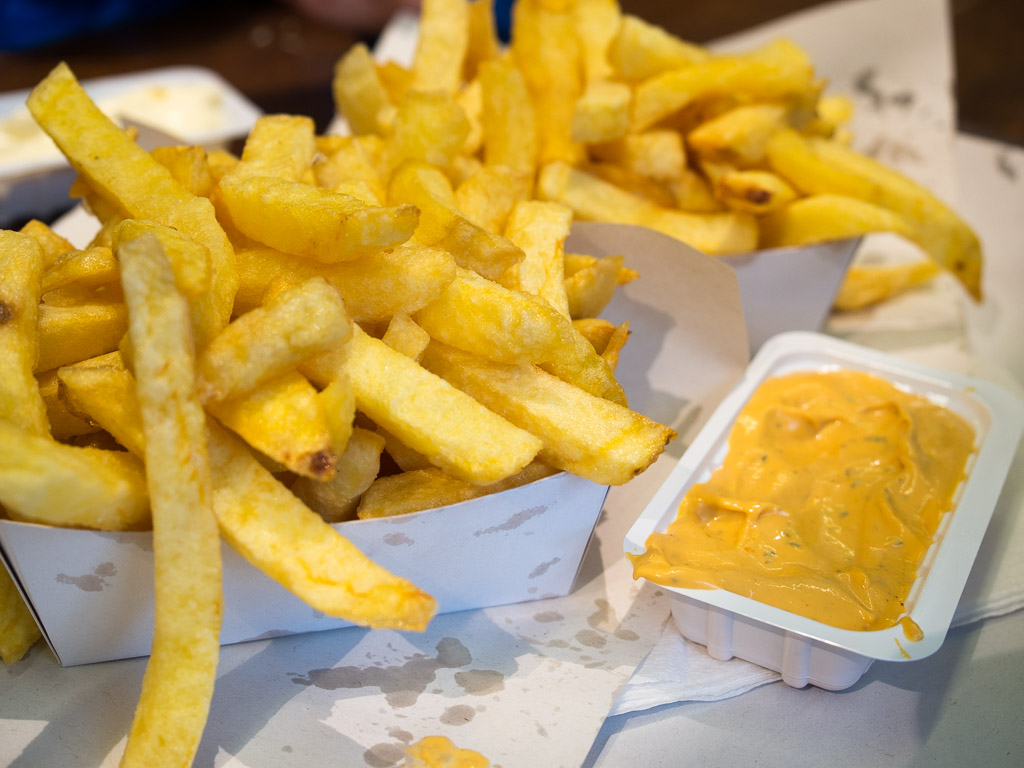 We almost brought home some bottled andalouse sauce until we tried to fly with it in Milan.