We've just been getting into the swing of things around here lately, nothing terribly exciting. Except that E had her first haircut ever. Yeah, ever. She's three and a half. I guess she just never had very much hair, but in the last six months or so, it finally started to grow, so now it's thick enough on top to merit cutting off the baby hair that was still straggling down at the bottom. 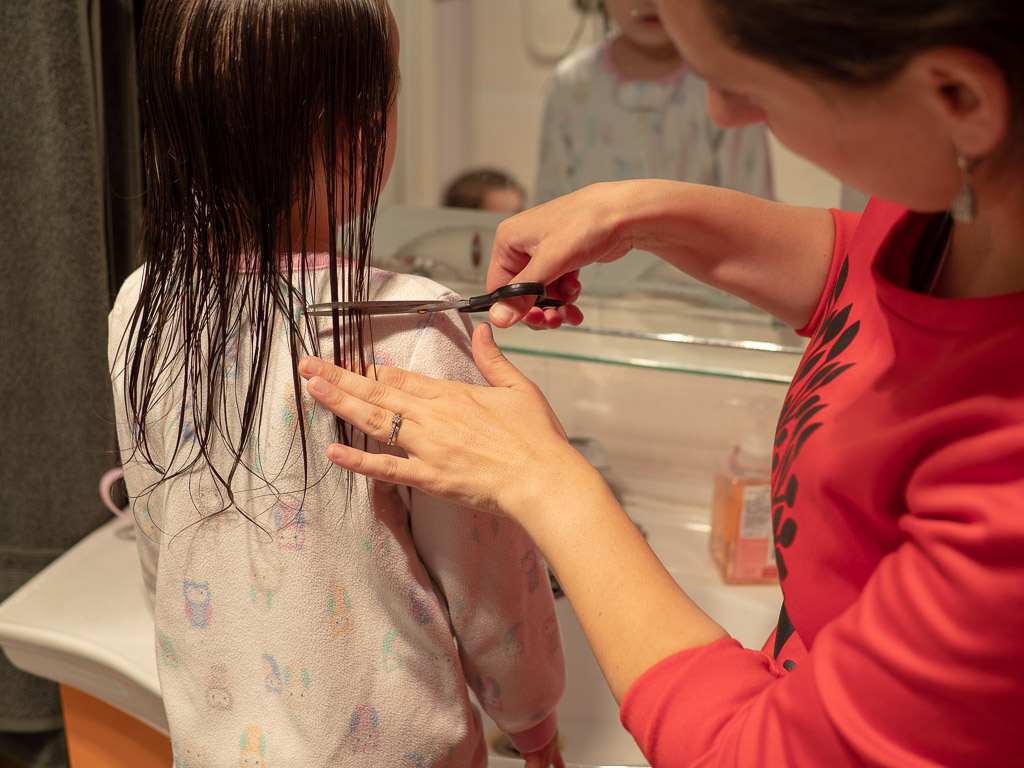 Local people shave their baby's heads like every week or two until they're about three years old becaue they say it helps them have more hair. So people are always fussing at me because her lack of hair is my fault for not shaving her head when she was a baby. But at any rate, she was really excited to get it cut, since haircuts are things that big girls get to do. And I actually think she looks pretty cute with her little short hairdo. It's the perfect complement to the giant bruise on her forehead. >.< 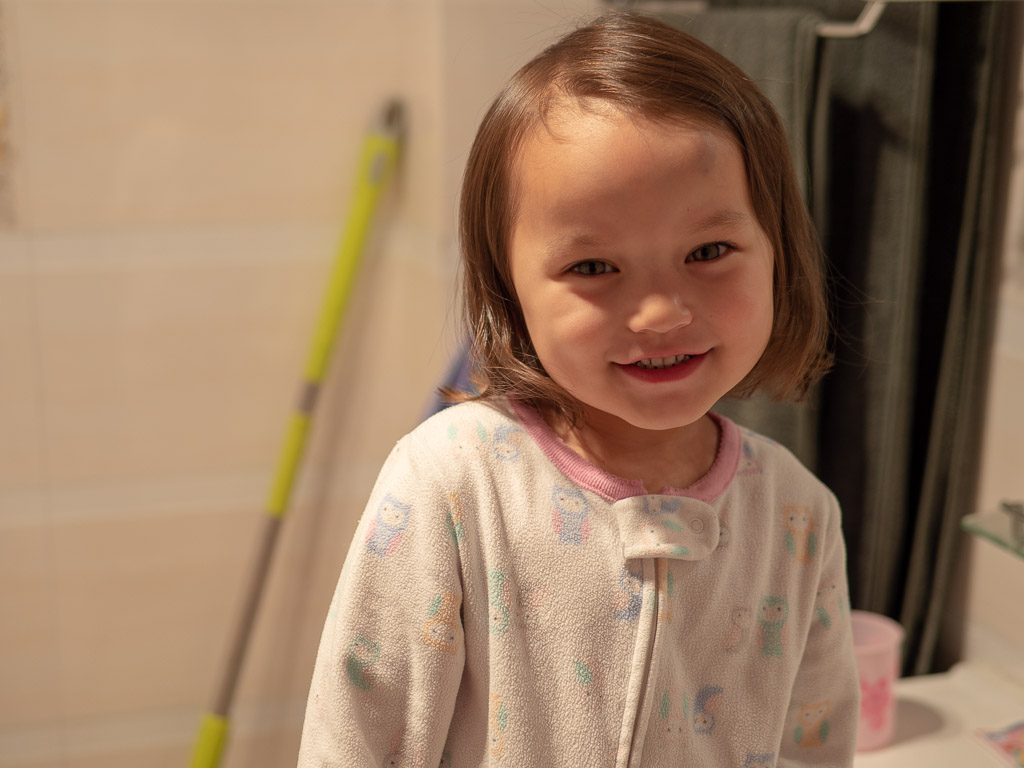 We've also just been getting into the routine of school (for H and M) and language study (for me). And we've been doing a lot of home school; we're kind of treating this year as a trial run to see how much English we can supplement with. It's going well so far, but mostly the take-home point is that we can't handle as much as I think we can. Story of my life. But we are still enjoying art nights and those aren't going anywhere any time soon! 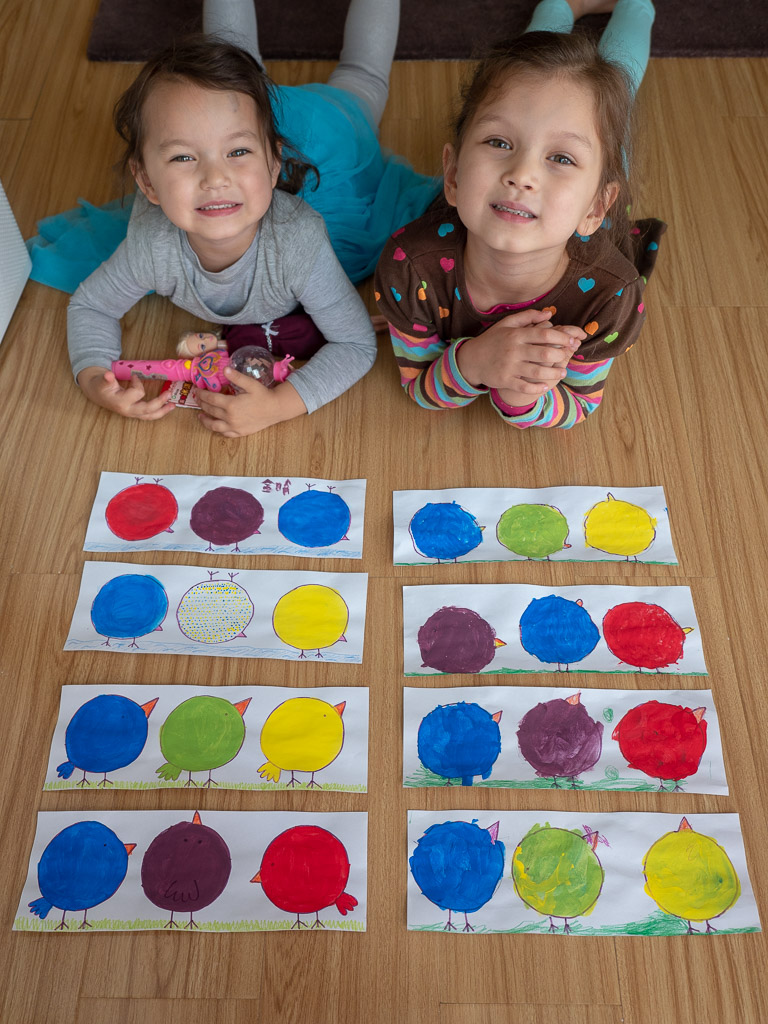 This picture is from our latest art night project, which was just the perfect level for our kids. H thought it was a little too simple, but the girls really enjoyed it. And in case you didn't notice, the birds teach them which colors are made with the three primary colors. So, for everyone who followed directions (ahem...husband...), the middle bird is the color of the two outside birds mixed together. They really learned a lot! Now they can finally remember color mixing other than red and yellow making orange. 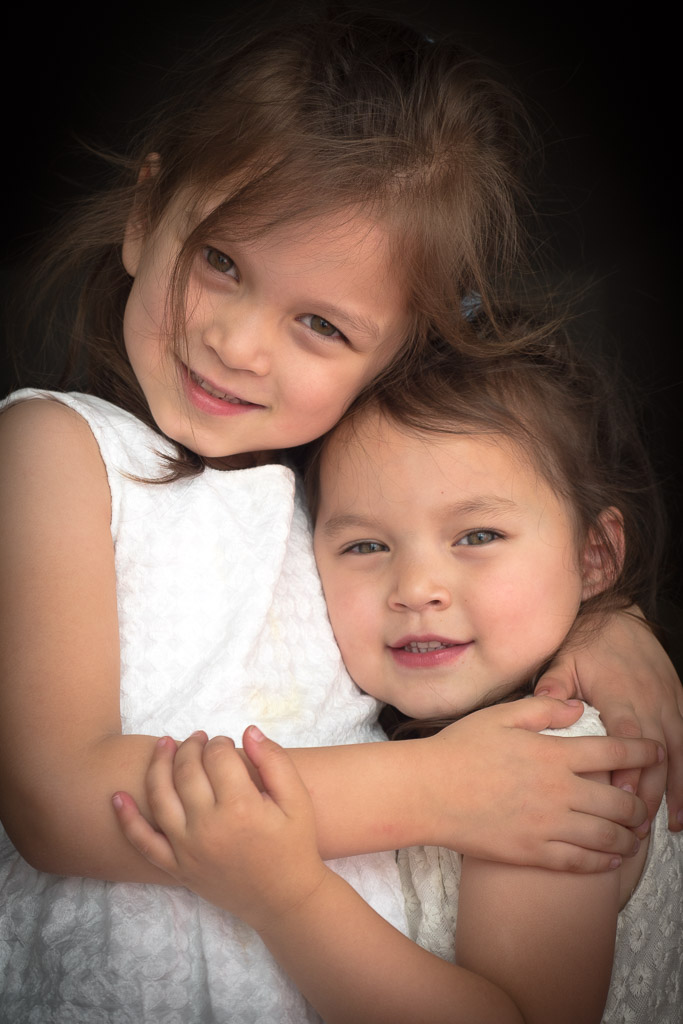 Also, just had to share this picture we took of the girls in their Easter dresses. Aren't they beautiful?!