We just made a quick trip to a nearby city to visit one of our local friends who is from there. It was a blast!

This was our first time to travel to see a local friend, so I was a little nervous about how things would turn out. It's hard to know what to expect. But I was pretty sure it would be really fun, and I was right! 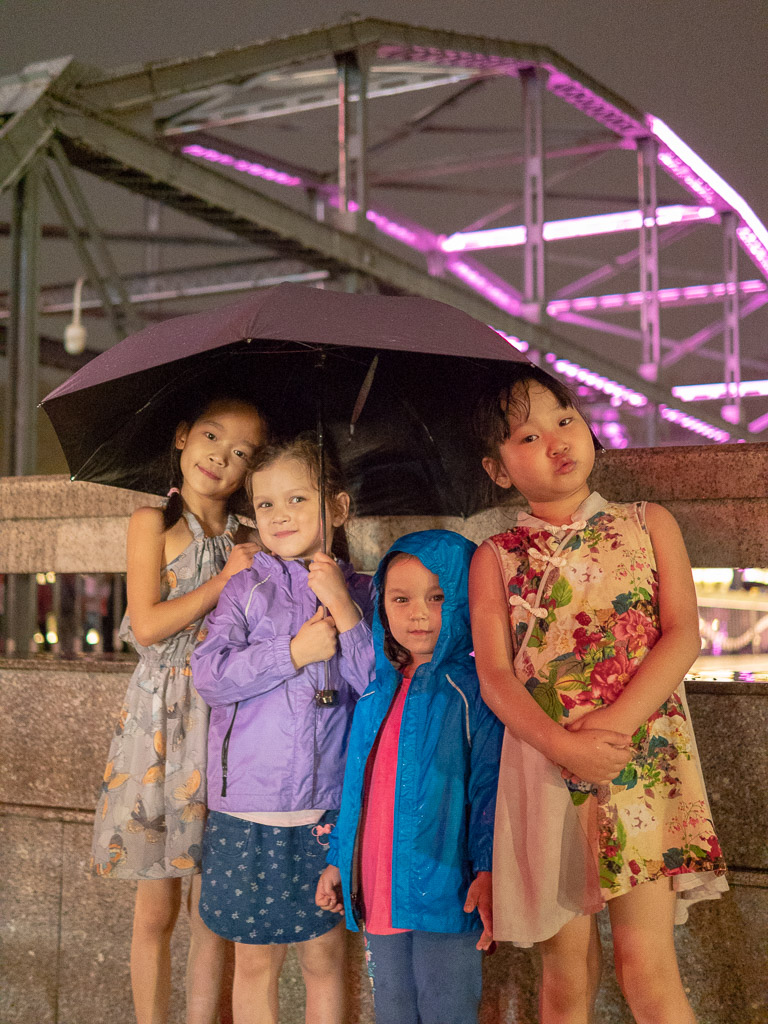 We went first to her dad's house and hung out for a little while and then we all went out to eat lamb. Although we get a lot of lamb here, and the city we were in wasn't very far away, I was pleasantly surprised to find that the flavor was actually pretty different! It's always nice to have a change since so much of the food here uses the same spices.

Then we went out to see some parts of the city, but the weather was terrible. At first it was only raining lightly, but it gradually got harder and harder until it became a serious downpour. The kids and I were fine since we had rain jackets and warmer clothes, but our poor hosts were still dressed for summer weather and they were freezing. 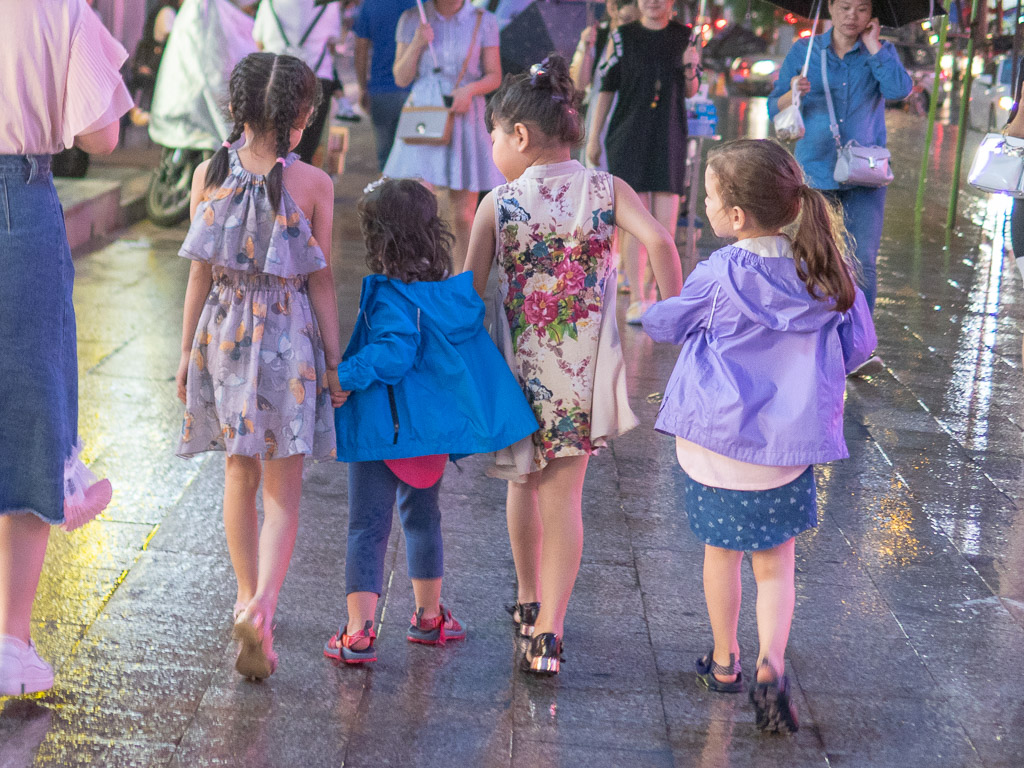 So after we had seen the most famous part of town, we found a dessert place and went in and sat for a while. What a relief to be out of the rain! After a couple of hours, we realized that the weather was so bad it was going to be hard to get a cab home, and sure enough, when I opened my app to call a car, there were ONE HUNDRED AND THIRTY people ahead of me in line! I've never even gotten a notification that there were any people ahead of me in line. 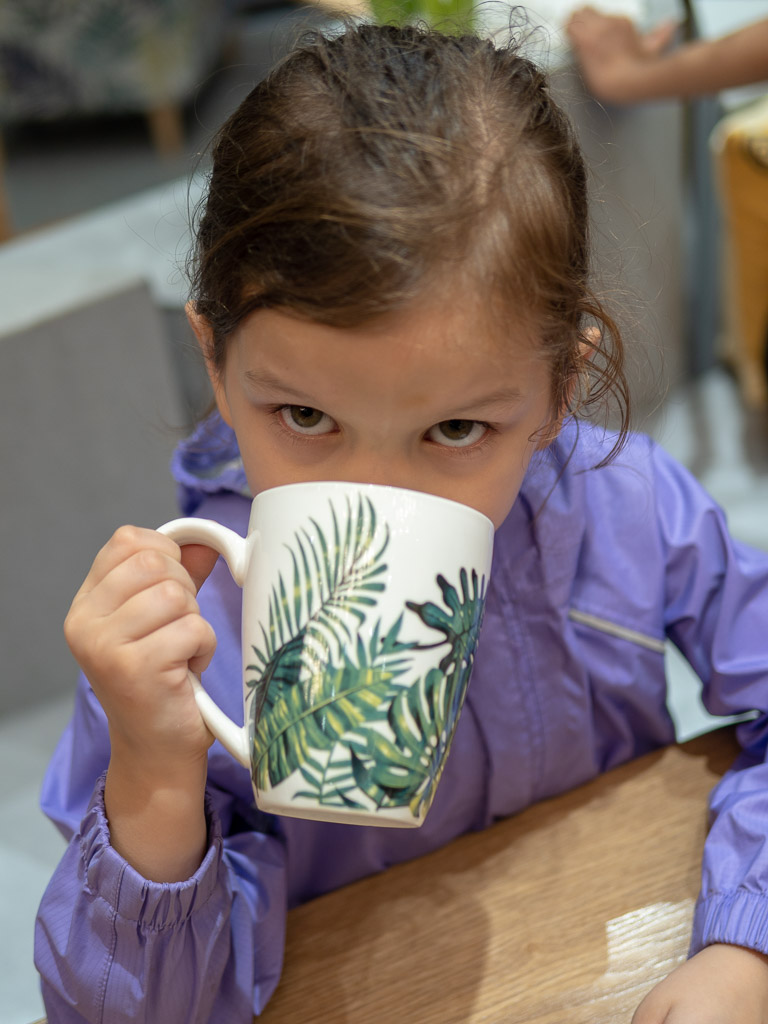 So, we walked through the downpour to a bus stop, where fifty other people were all trying to get cabs, and fortunately for us, even though it was well after 10pm, a bus was still running that would take us to where we were staying. So, we took the bus, which was in the spooning-strangers stage of crowdedness where even though you're not holding on, you don't fall when the driver slams on the brakes. By the time we got home, the kids were soaked to the bone (which was their intention) and it was almost midnight. We all took showers and went to bed exhausted but happy!

It was hot. Really hot. M planting a "fairy ring," an idea she got from a library book.Well, this post is a little delayed. But we mostly enjoyed our second summer in the States! Between Disney and several other events I'll write about later on, we kept ourselves pretty

We got to go back to Magic Kingdom with the rest of our group later in the week! It was nice to be slower paced this time since we knew exactly what we wanted to do. Such a princess.Our second round of Magic Kingdom was with everyone else, and

I think I have enough pictures to do like thirty posts on Disney. But for your sake, I'm combining all the other parks into just one. Epcot with Aunt H and Uncle D.After that first day at Magic Kingdom by ourselves, everyone else joined us at the house and