Since H was gone this past weekend for a wedding, I took the opportunity to hang out with some single friends! 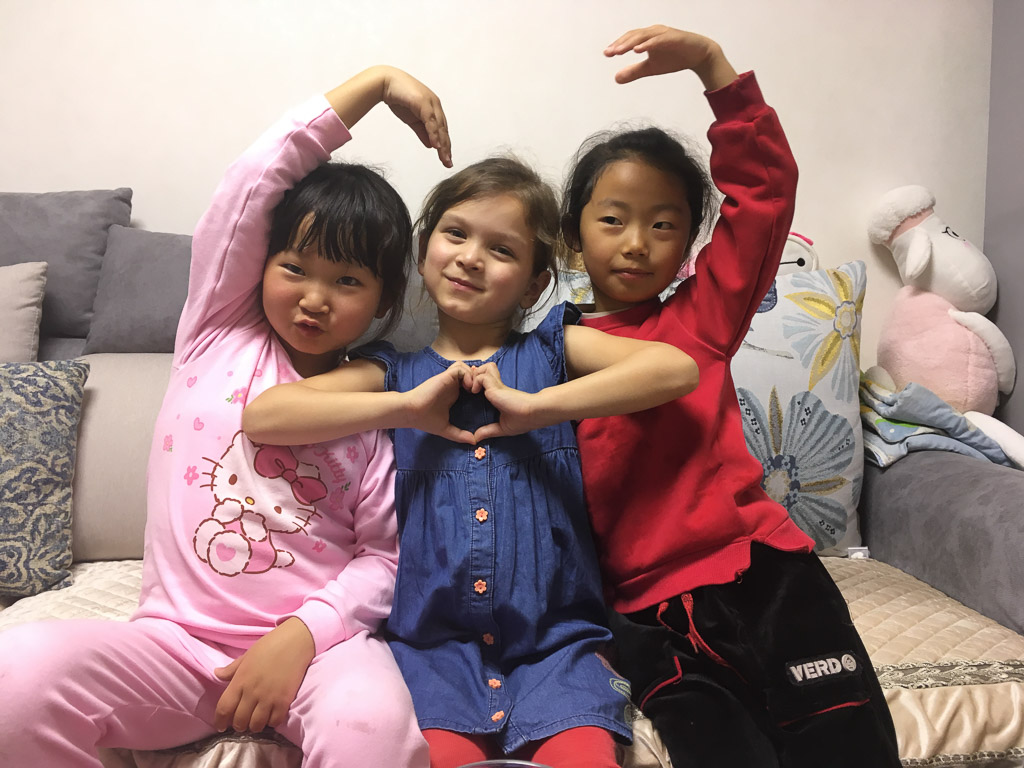 Now, there's a cultural difference here. Because my single friends here are just "temporarily" single. As in, they used to be married and they probably will be married again someday in the not-so-distant future. But because of the high divorce rate and historically bad access to medical care, they find themselves currently single. So there are kids involved in these single lady hangouts. 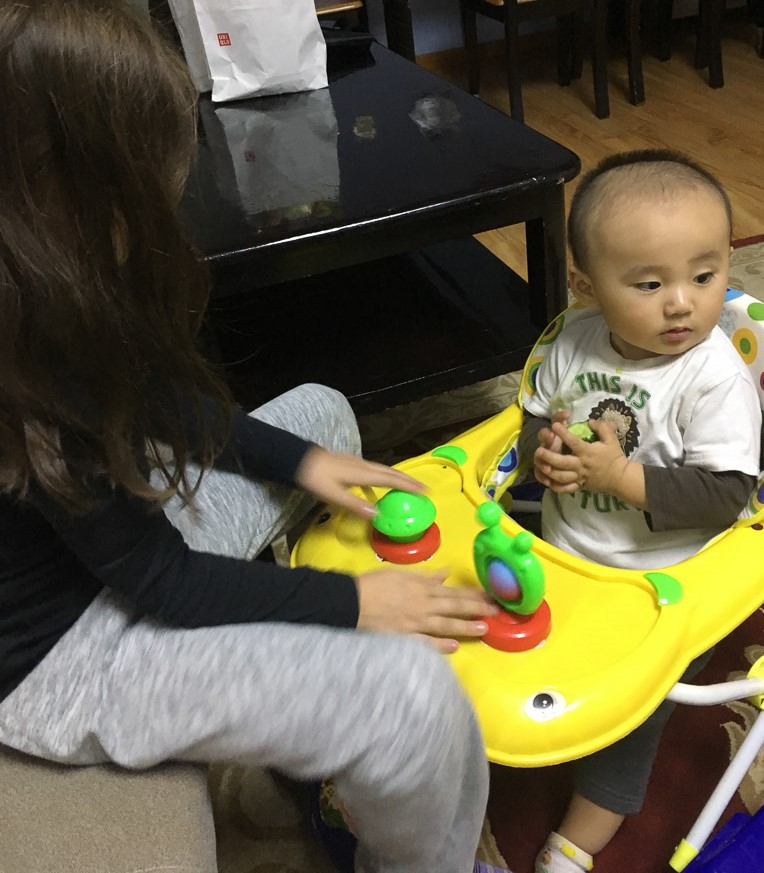 So, Friday night we went to a friend's house for dinner. It's not our first time there, and we're great friends with them, so it was really chill, which is always a nice quality in a cross-cultural friendship. However, last time we went we stayed until 10 and this time she pre-warned me that she had invited another friend who couldn't come until later, so could I not leave so early this time? (!!) I responded by packing things to stay the night. But apparently that wasn't what she meant, and after a super fun dinner and lots of chatting and laughter (and some really strong tea), the kids and I made it home at 12:30. Yep, my four year old hung out til midnight. And of course, with Dad gone, they had to sleep in the bed with me. 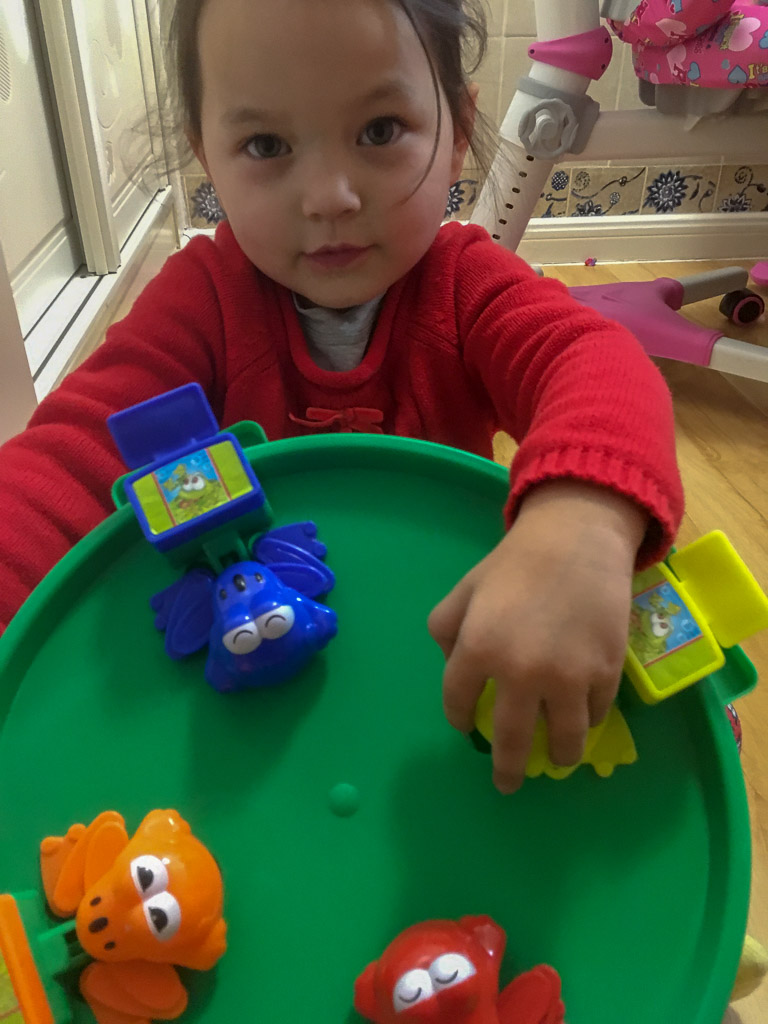 On Saturday, the kids slept in and had a slow morning and a nap. But then in the late afternoon, we visited another single friend. This is someone we've known a long time, but she's always come to our house rather than vice versa, so it was our first time there and our first time to meet her family. Now, as you might imagine, the kids were a little frazzled from the night before. So although my friend clearly indicated that she hadn't prepared any food for us since it was just our first time there, M went all into her cutesy, high-pitched local language voice and started saying, "But can we eat at your house? I want to eat at your house! Can you make us noodles!" Ah, the things kids say. I was so embarassed. But of course, she could hardly resist that little whiny voice, and she sent her son out to buy noodles. 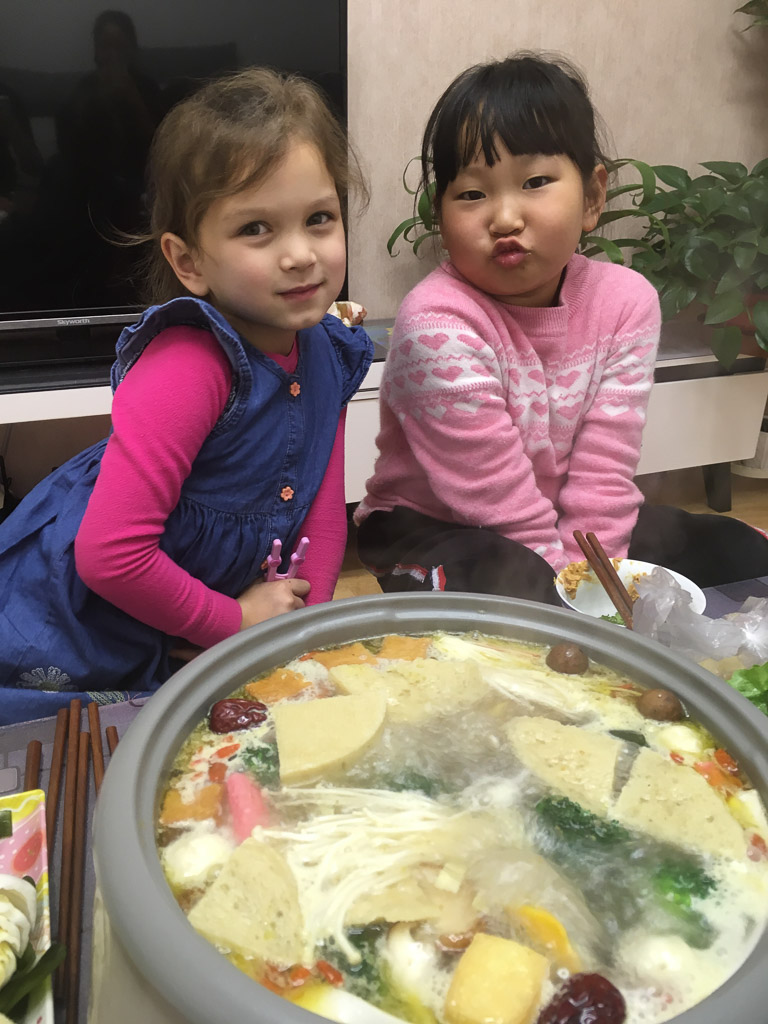 After a dinner of abnormally spicy noodles (which they actually ate), M started the cutesy voice again: "Can we sleep at your house? I want to sleep at your house!" Ha! After the night before though, I stepped in real quick and we got our coats on and took a taxi home. By Sunday afternoon, we were BEAT. All we did was lay around the house, and even the turkey art projects only got halfway done because the kids were so tired. But it was a great weekend! And somehow we still managed to make it to school on Monday morning. Notice, though, that I didn't say we were on time.