It's late for a first snow here, but it snowed for three days straight, which means it actually stuck! 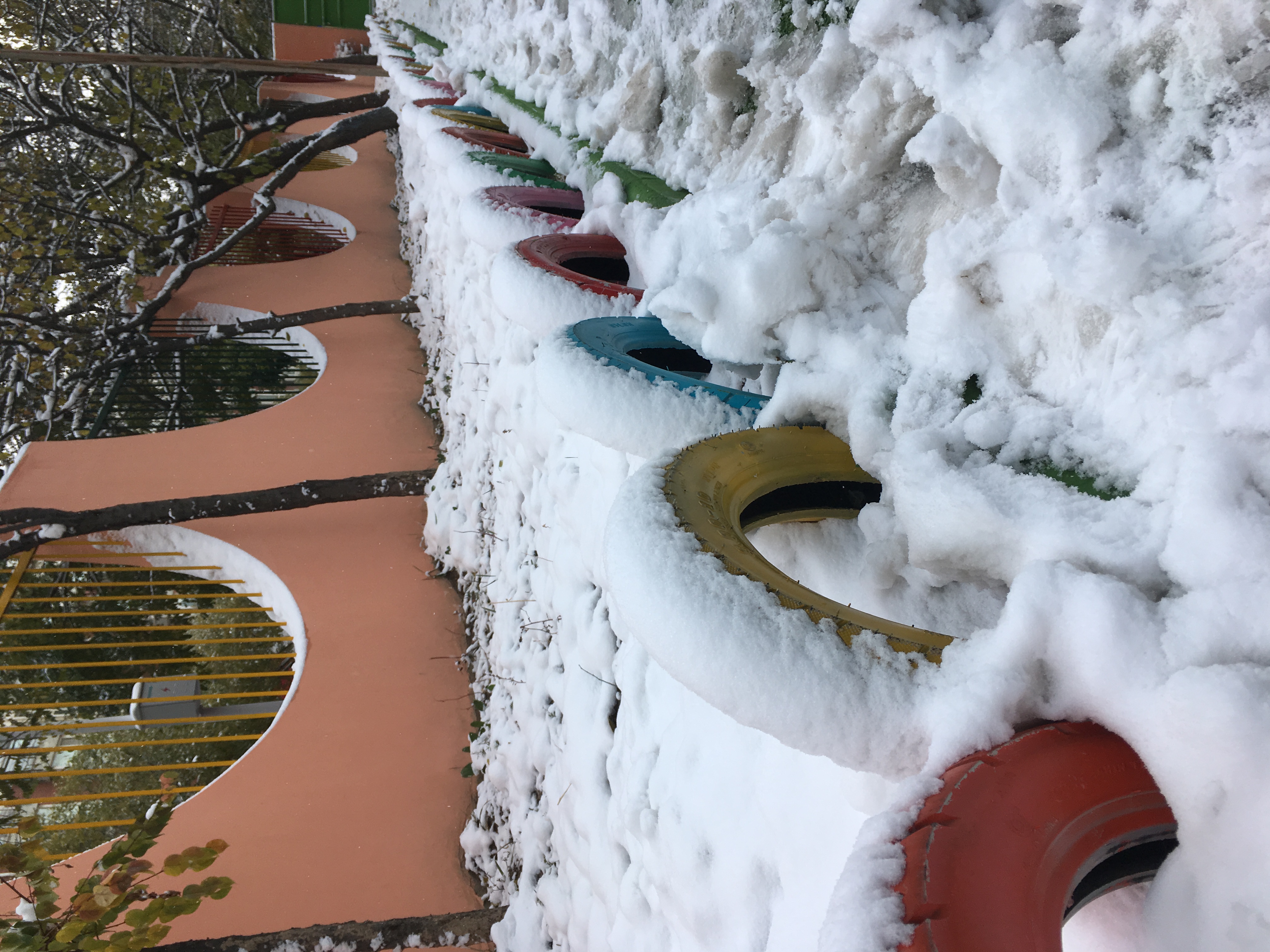 It's so dry here that although it's cold enough to snow, it only does a few times a year. And even when it does, it evaporates really fast and doesn't stick. But this past week was like a snow festival! It snowed for three days in a row, which we have literally never experienced here. And the kids loved it! 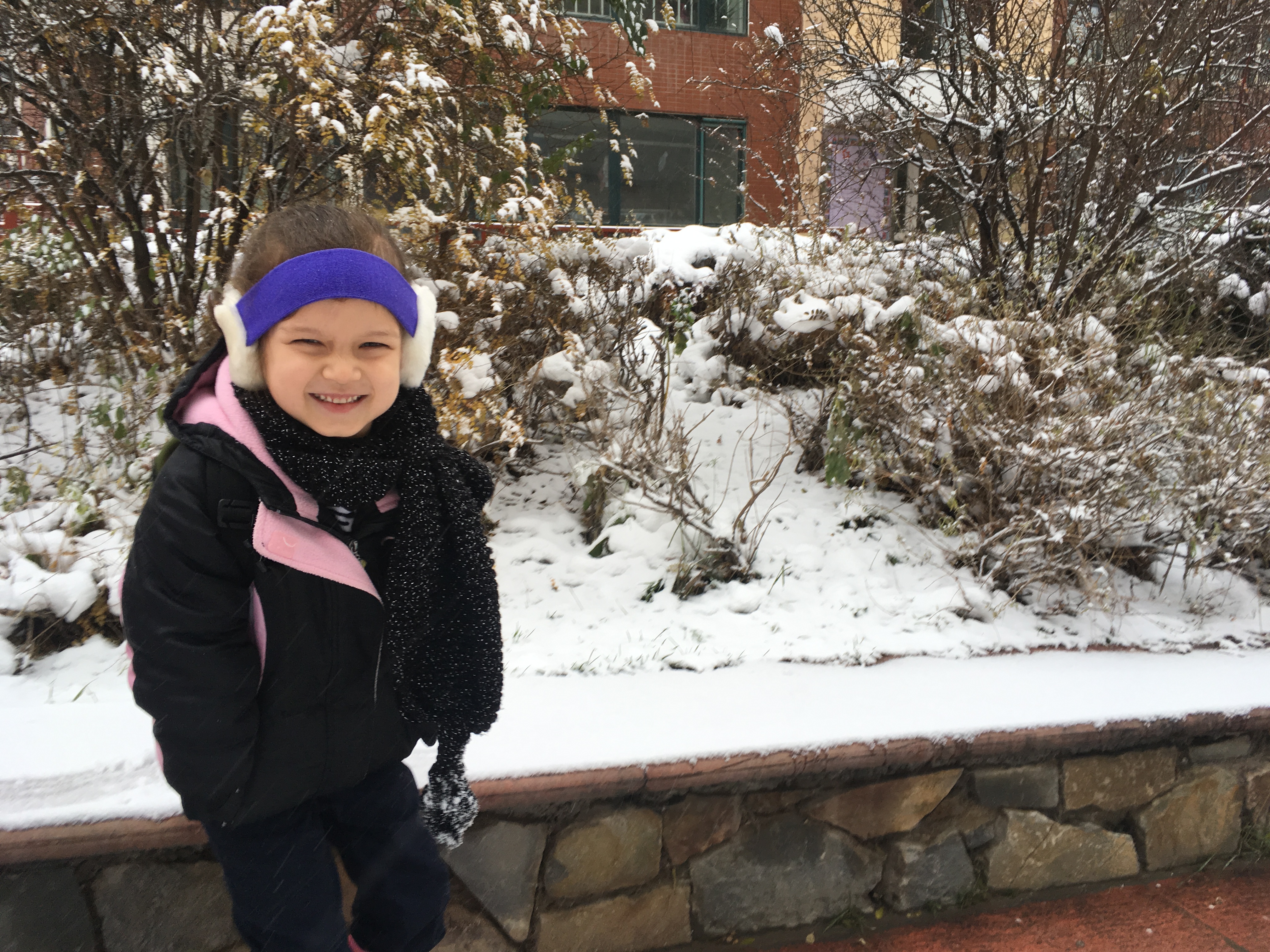 It didn't take very long for them to figure out how to throw snow balls at each other (or more often, at us), and the tops of shrubs were a perfect place for gathering clean, powdery snow to make into balls. We spent a whole hour "walking" home Sunday afternoon while the kids played with the snow.

M also saw some elementary school kids and figured out that if you kick the trees, snow on the branches falls off. So we spent a long time doing that. Except that she's not strong enough to do it by herself, so we had to do it together. But it was really pretty to see the snow fall all around us. 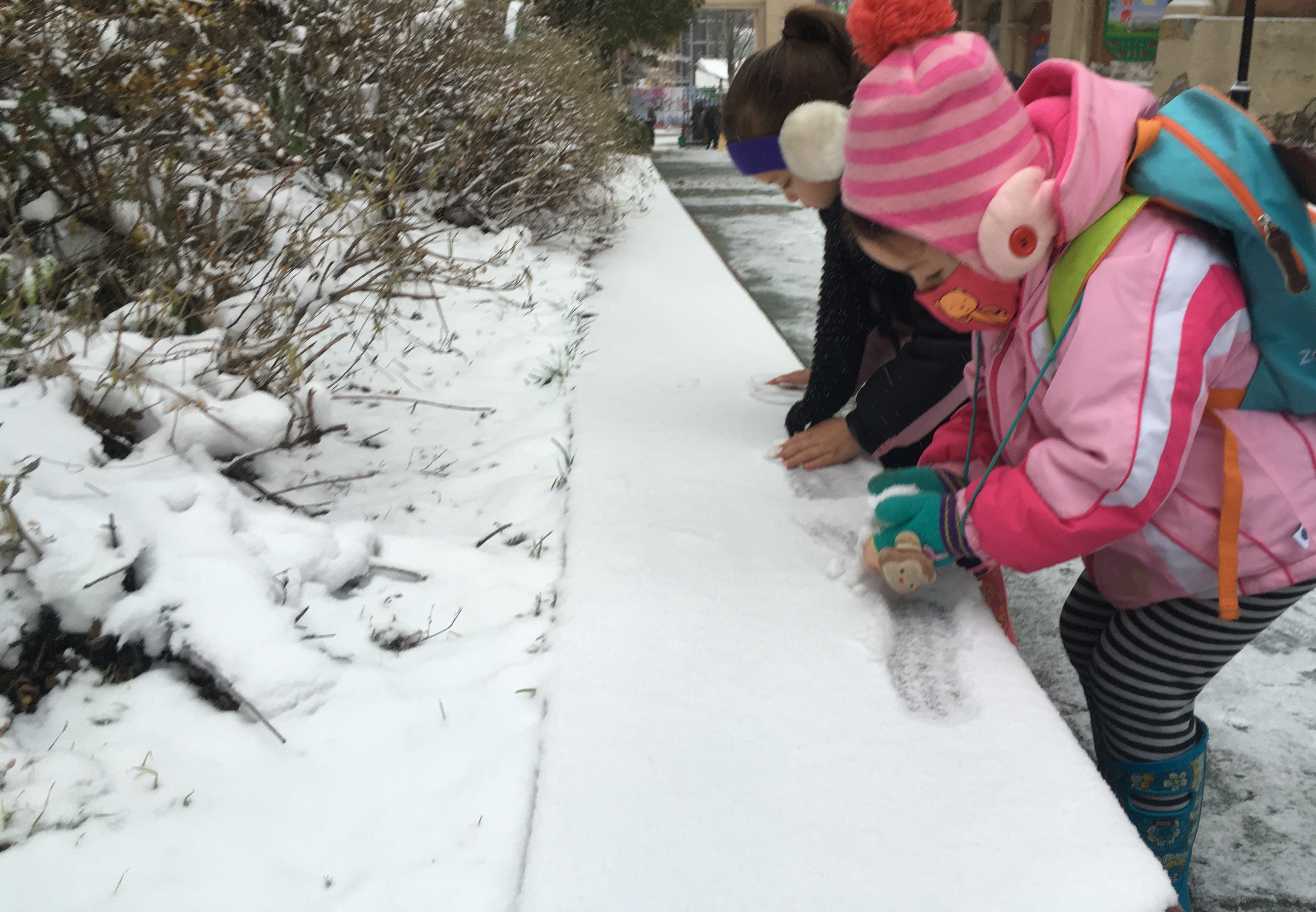 The next day was Monday and the kids went to school, but by the time I picked them up, it was still snowing! So instead of playing on the playground at school, they opted to take another long walk home and play in the snow. Tuesday morning was snowing again, but the sun came out in the afternoon and that was mostly the end of our snowy adventure. 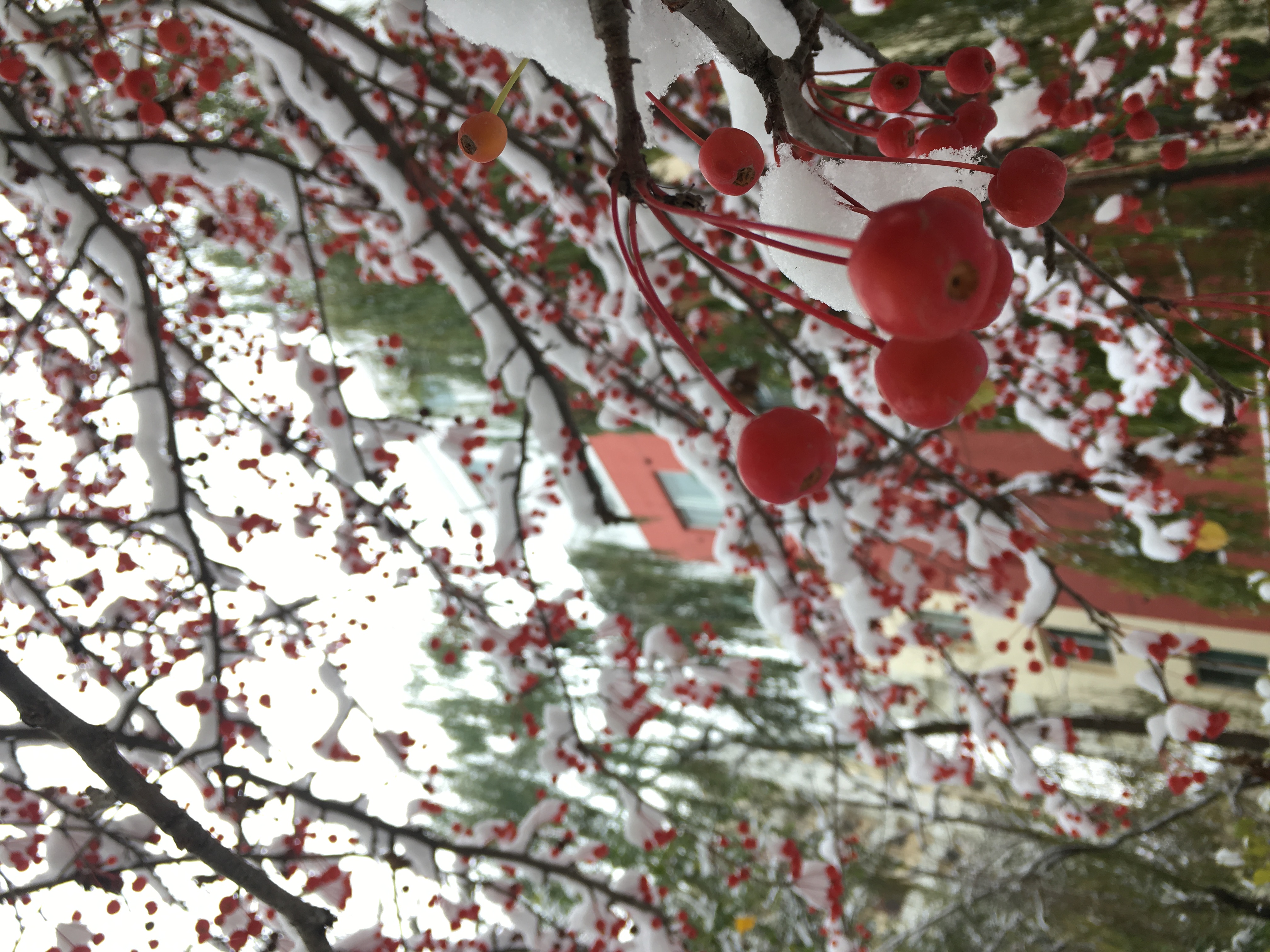 It has snowed a few times since then and even though the sun came out, there are still piles of (now very dirty) ice all around that still hasn't melted. It's been a white winter like we've never seen here before!