We got to go to Space Center Houston for the first time with the kids this year! 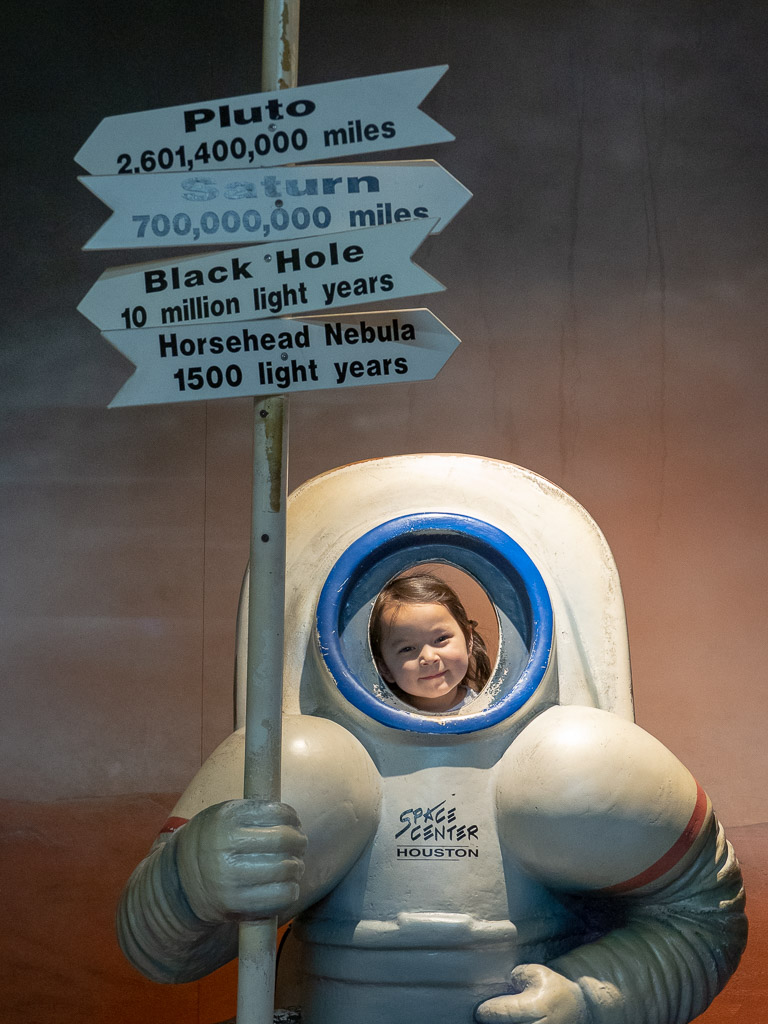 For some totally random reason, M has decided she wants to be an astronaut when she grows up. Or maybe that's a universal stage of childhood. But anyway, because of that we decided that this was the year to make the trek out to the Space Center. Also H and I hadn't been in at least ten or fifteen years, and we're doing astronomy this year in my mini home school science curriculum. Emphasis on the "mini." 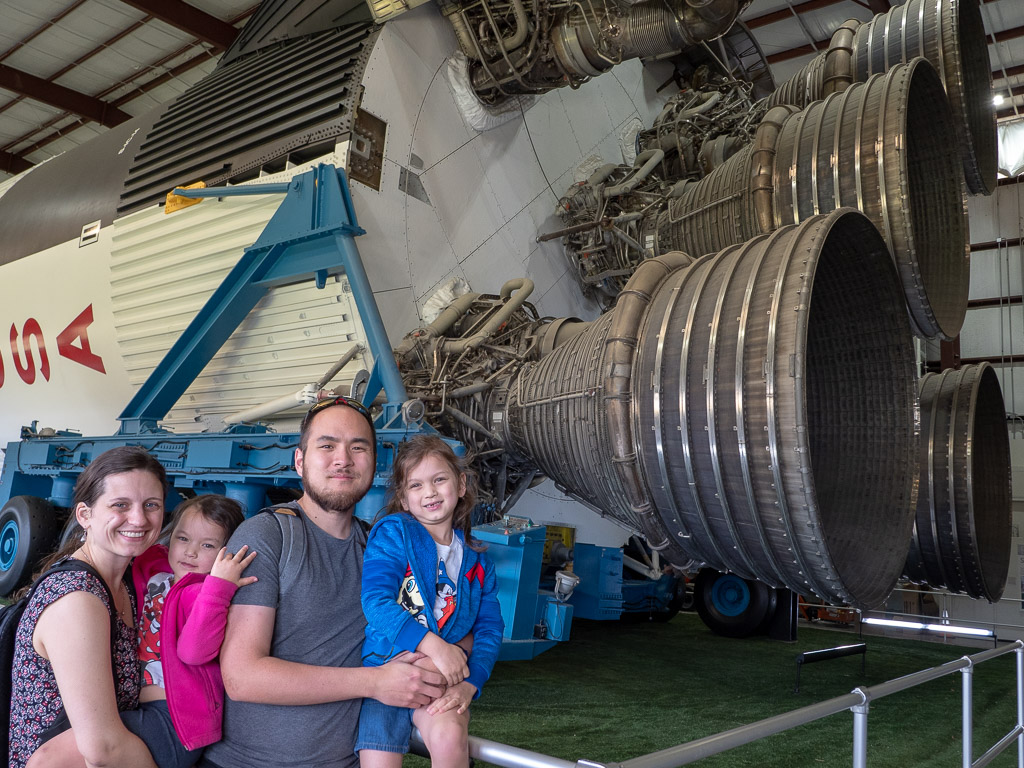 Much of the charm we remember from back then is still the same. Although it's a little funny because now NASA is just in charge of research, and not really actually building things like they used to be. So there's that. Also, the simulation games geared towards kids (make the lunar rover on the computer land on the target) don't seem as fun as they used to be, but we couldn't figure out if that was because we're older or because they've actually gotten worse. But it was fun to see the same Saturn V rocket that we saw all those years ago! Except now it's in its own building instead of outside in the weather. Look at the size of it (below)! 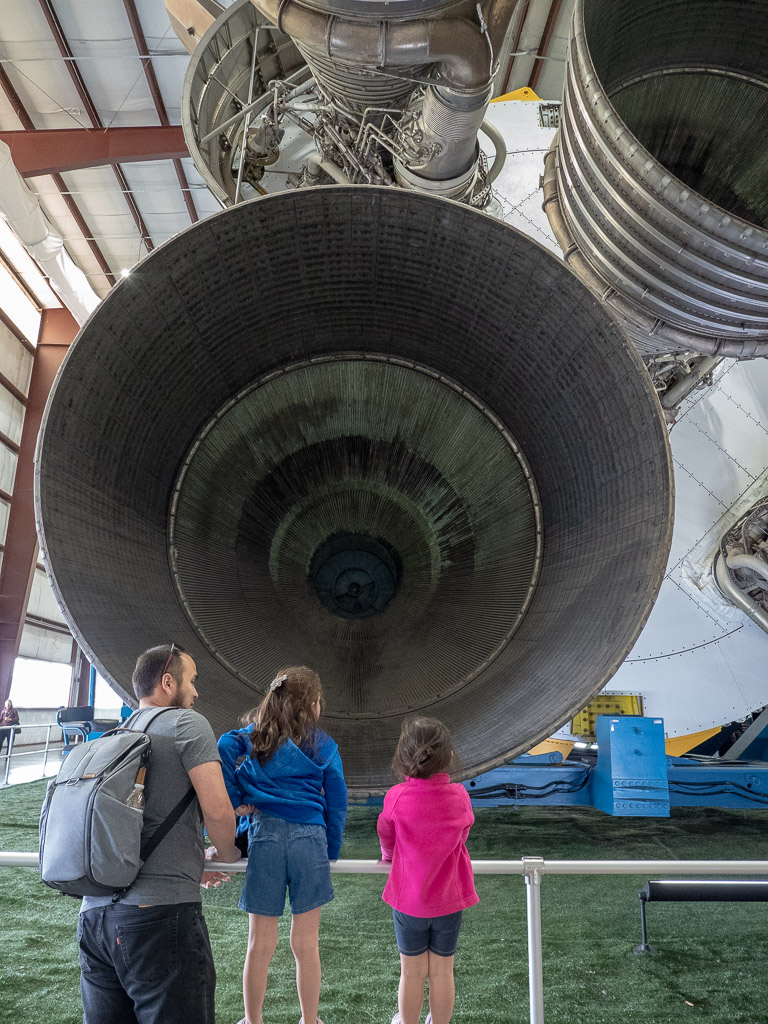 The Space Center seems to be geared toward older kids who can read the explanations of the exhibits, but the kids both enjoyed it just the same. They were (of course) very interested in what zero gravity would be like, and also seemed to think the International Space Station was pretty cool. Which it is. They were pretty impressed by some giant robotic arm in a research building because we have a friend who is a robotics professor, and they liked imagining that he himself had built it. And of course, the coolest thing they saw was that NASA is building robot astronauts to do dangerous maintenance tasks on the ISS! 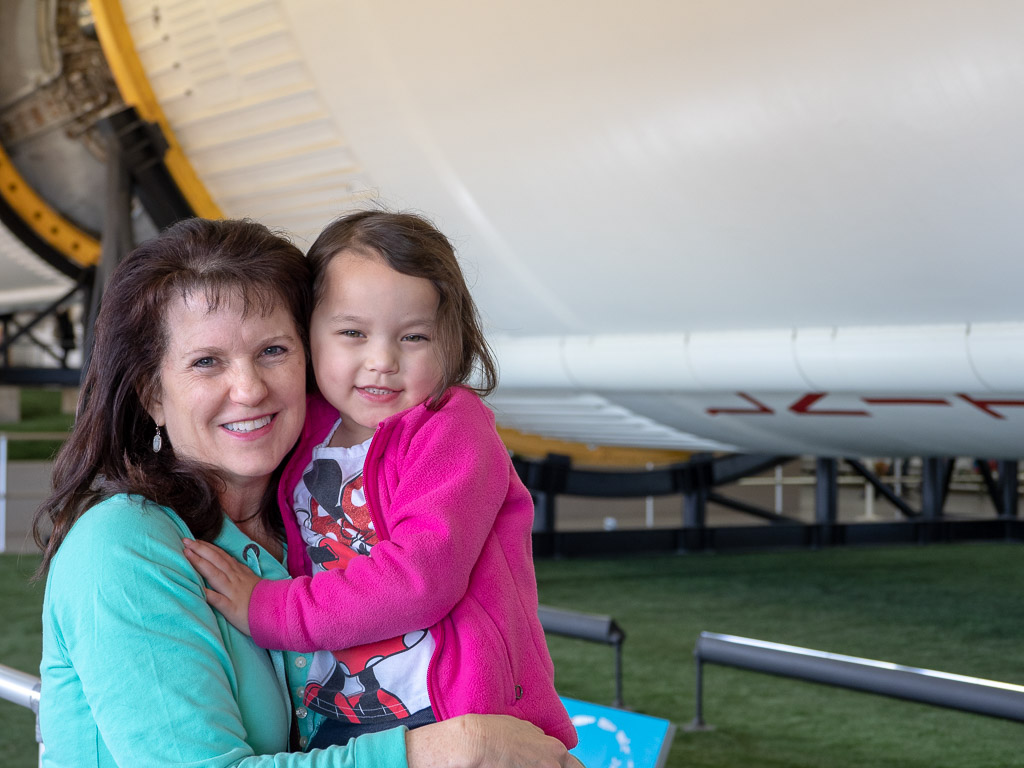 Also we got to go with Honey! We bought a membership there because it was only marginally more expensive than buying admission for all four of us, so hopefully we'll get to go back before the twelve-month membership is up!